What is he doing? Not the first time man seen standing on roof of Tree House condo and looking down 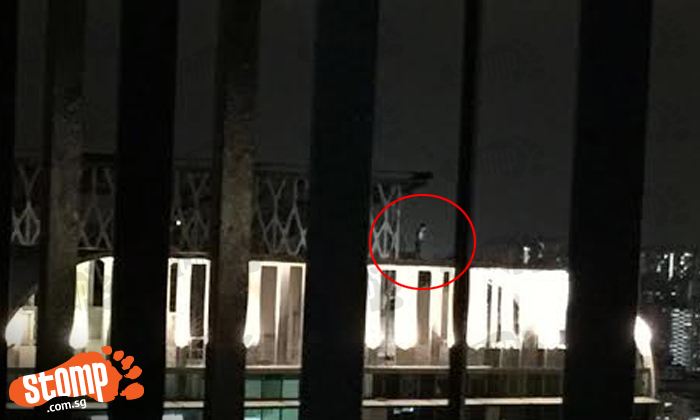 Stomper Birgit was worried to see a man standing on top of the roof at Tree House condominium and looking down on Wednesday (Aug 31).

According to her, she often spots him from her window, standing there for about five to ten minutes, just looking down from the 23rd floor.

"What is this man doing on top of the Tree House condo???

"How did he get up there?

"Every time I wanted to call the police, he's gone.

"I was afraid it'd be stupid because when police arrive he won't be there."

According to the Stomper, she has spotted him about three to four times. The man usually looks down, or walks from left to right.

She added that she was concerned for his safety, and hopes that some help can be given to him. She said:

"I'm really worried, it was not the first time he stood there and look down for a few minutes.

"I'll call the police immediately, if I see him again. I can't stand this anymore!"

Related Stories
So dangerous! Guy rides in the middle of Paya Lebar Road on electric scooter
How does Toyota driver along Adam Rd think he can drive safely without a side mirror?
Dad wants to install grilles to keep kids safe -- but condo says no
More About:
unusual
dangerous
danger