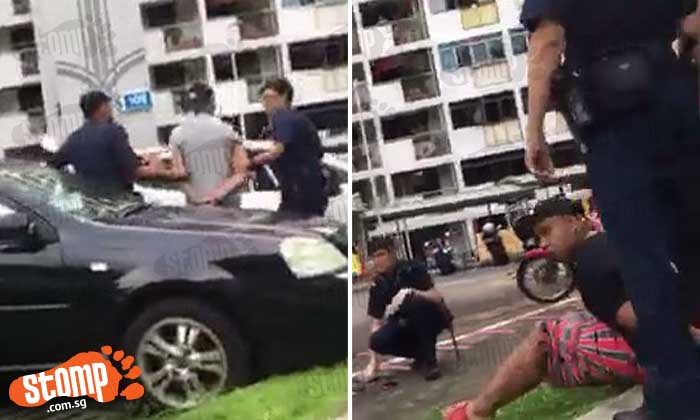 Update at 7pm: In response to Stomp's queries, the police said that the two men were arrested for drug-related offences during checks when they were patroling Commonwealth Crescent.

"The police were patrolling along Commonwealth Crescent when they conducted checks on two men aged 23 and 27.

"They were subsequently arrested for drug-related offences and were referred to the Central Narcotics Bureau (CNB).

Stomper Akim saw two men being handcuffed by police officers at a carpark in Commonwealth Crescent at about 5.45pm yesterday (May 13).

The Stomper was walking past the carpark when he saw the incident taking place.

'A white car was damaged and two men were being handcuffed,' said Akim.

A video the Stomper took shows multiple police officers and a few patrol cars at the scene.

Stomp has contacted the police for more information on this incident.