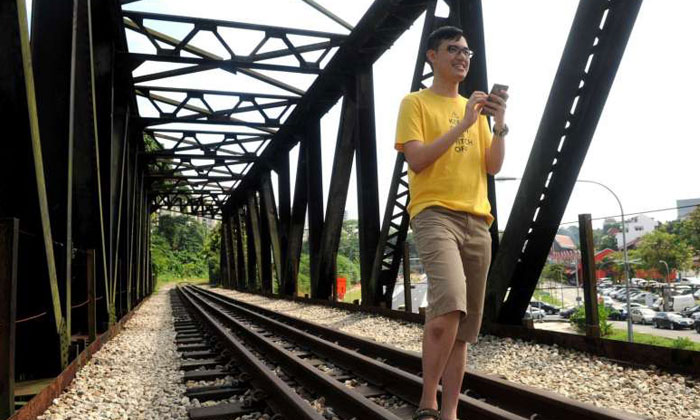 With Pokemon Go's debut in Japan on Friday, Singapore fans of the wildly popular game expect it to be launched here soon and are getting ready and set to go.

Some have already mapped out possible locations to "catch" the game's cuddly virtual pocket monsters, and take part in the latest global mobile game sensation.

Using what is known as augmented reality, the game allows players to see these virtual creatures in real-life locations through the lens of a smartphone camera. Places where these creatures battle or gather are called "gyms" and "Pokestops".

Fourteen-year-old Nicole Oo is convinced that a "Pokestop" will be at the Old Ford Motor Factory at Upper Bukit Timah Road, now closed for renovation. She said she has an advantage as she lives in a condominium behind the factory.

"I will go close to the edge of my condo to access the Pokestop at the factory to get balls to 'catch' any Pokemon that show up," said the avid gamer, who aims to nab all 151 of the game's creatures.

Mr Tan Jing Jie, 22, who is doinging national service, said he spotted two "gyms" near his home in Hillview when he downloaded the version of the game released in Australia. This worked for a while before it was locked down.

"I will be visiting these 'gyms' after I book out from camp every night when the game is available," said Mr Tan.

Pokemon Go has been a global phenomenon since it was first released in the United States, Australia and New Zealand on July 6. It is now available in more than 35 countries, where it is free to download on both the iOS and Android operating systems.

However, on the flip side, the game has also led to reports of gamers breaking into private properties, raising huge security and privacy concerns.

Last Tuesday, a Frenchman was caught trespassing at a military base in Indonesia while playing Pokemon Go. In Singapore, designated gyms and Pokestops could be construction sites, army camps, school grounds and the Istana, prompting experts to warn of possible trespass.

Assistant Professor Alex Mitchell of the communications and new media department at the National University of Singapore said: "The popularity of the game will likely fade over time, only to be replaced by other augmented reality games. We need to develop social protocols for these games."

He said property owners could put up quirky signs like: "Pokemons are here to guard the base, please leave them alone."

Associate Professor Dion Goh of Nanyang Technological University's Wee Kim Wee School of Communication and Information said: "If trespassing is a problem, property owners could submit requests to game maker Niantic to remove the Pokestops from their location."

The police said it will investigate every complaint of trespass and take appropriate action. Those found guilty of trespass may be fined or jailed, or both, depending on the severity of the case.