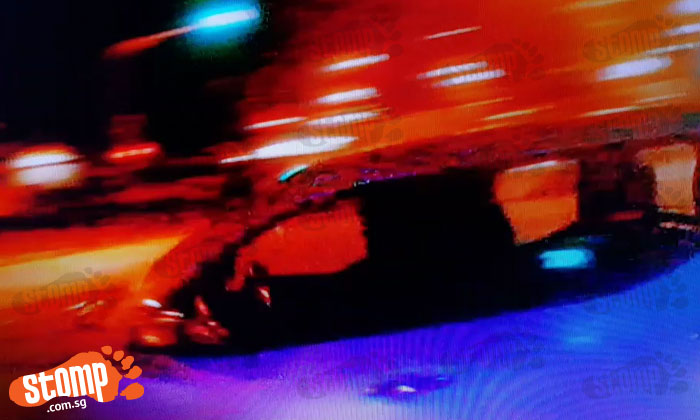 Stomper Kenny was waiting to cross the road at the junction of Defu Lane 7 and 1 on Oct 20 at 8pm when he witnessed a pick-up truck driver run the red light.

Being a wary pedestrian, he waited a while before crossing despite it being the pedestrian's right of way.

When the traffic light turned red and the pedestrian crossing green man showed, before I crossed the junction, I decided to give a second round check at the oncoming vehicles.

"I wanted to see whether all the drivers would actually come to a stop as the red light was on.

"To my surprise, one motorcyclist came to a full stop but there this pickup show no sign of stopping.

"Immediately, I sensed the danger of the situation so I decided not to cross the junction even when the green man favoured me.

"The pick-up truck driver continued without stopping even though the traffic light had turned red 7 to 8 seconds ago."