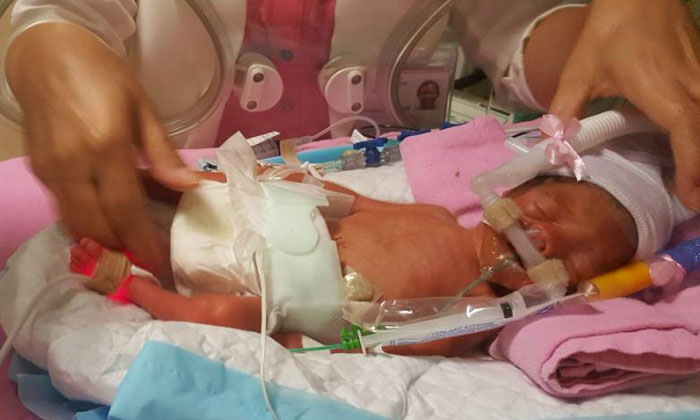 A Vietnamese couple staying in Singapore are appealing for donations to relieve the medical costs of their baby son who was born prematurely here.

Nguyen Van Thang works as a researcher at the Singapore University of Technology and Design (SUTD) and married his wife Hong Thuy a year ago.

She came to Singapore to live with her husband after receiving a Dependent Pass in August while she was pregnant.

The couple had booked tickets to return to Vietnam later this month to prepare for the birth of their first child who was supposed to be due on Valentine's Day next year.

They knew that delivering a baby in Singapore would be expensive.

The baby only weighs 1040 grams and needs to be cared for in a Neonatal Intensive Care Unit (NICU) for approximately 104 days.

They wanted to bring their baby to Vietnam to reduce expenses but were advised by doctors that the plane ride would be risky.

Click here to make donations to the couple and their baby.