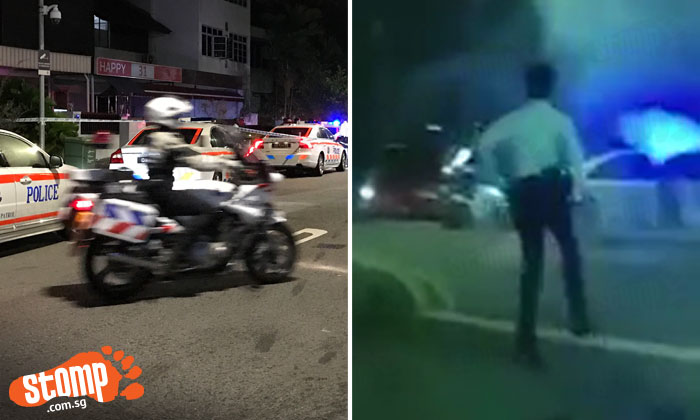 Several police cars and motorbikes were seen chasing after a car along Kallang Road in the wee hours of the morning this Valentine's Day (Feb 14).

Stomper Patsville was driving along Geylang Lorong 14 when he saw the police officers at 2am today.

According to the Stomper, the chase involved a Mercedes-Benz car and it ended when the driver crashed into a gate along the street.

"I was just passing by and looking for a parking lot so I did not see exactly what happened.

"I heard from other bystanders later that the driver of the Mercedes had abandoned the vehicle after crashing.

"I saw police officers trying to open the car's door and inspecting the car."

Stomper Sundram pointed Stomp to another video of the incident that was shared on YouTube showing police officers rushing to get into their cars and on their motorbikes to chase the car.

In response to media queries, police confirmed that at a road block conducted along Kallang Road on Feb 14, 2017, a vehicle failed to stop at the road block and sped off.

In the ensuing pursuit, a 36-year-old man was arrested for drug-related offences.