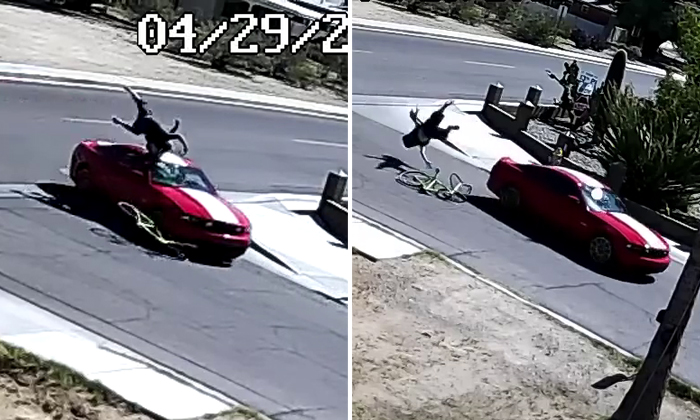 Furious after learning that her boyfriend was HIV-positive, a woman in Arizona allegedly hit him with her car and sped off.

The woman has been identified as 43-year-old Misty Lee Wilke, reported The Telegraph.

The man, who was not named, survived with a head injury and fractured vertebrae.

Witnesses told investigators that Wilke drove circles around her boyfriend in her Ford Mustang, before she hit him, reported ABC 7 news.

According to Fox 10 news, Wilke told police her boyfriend laughed at her after he told her he was HIV positive and had attacked her with a pocket knife.

Police also found the man's hair and blood as well as paint from his bicycle on Wilke's car.

She was later arrested and faces charges of attempting to commit second-degree murder, leaving the scene, and aggravated assault with a deadly weapon.

Footage of the hit-and-run, which took place in April, has also been circulating online.