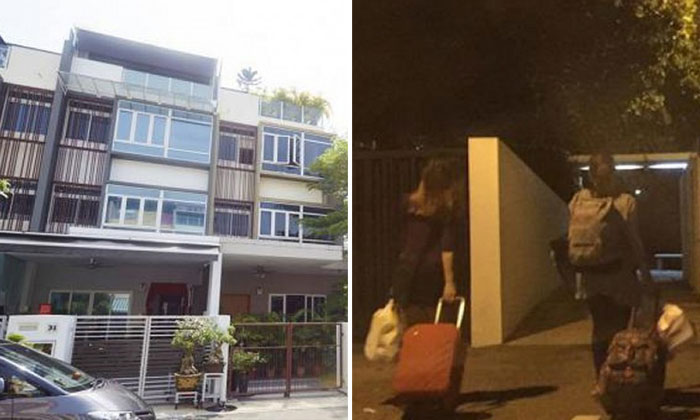 Annoyed that a house in their neighbourhood was being used for short-term rentals, close to 40 Sembawang residents submitted a petition asking for the authorities to take action against the home's owner.

The house in question is a four-storey corner terraced house, located at Penaga Place in Sembawang.

The house is listed on home-sharing websites Airbnb and Homeaway.

Lianhe Wanbao reported that neighbour Madam Wendy Ng, 52, who lives in the house next door, said that she found the noise and large number of comings and goings by strangers difficult to bear.

Madam Ng, who moved into the area four years ago, said she initially found it strange that the house next to hers never seemed to sleep, with noises emanating from it even late at night.

"I did not know what was going on at first. It was only later when I noticed that there were people whom I had never seen in the area before that I realised the house was being used as a short-term rental provider," she told Lianhe Wanbao.

The authorities then tried to inspect her neighbour's premises, but no one was at home.

The next day, however, she received a note from the owner of the property, who claimed that there were no short-term rentals there, and that all tenants had taken leases of at least six months.

The owner also claimed that Madam Ng had been reported to the police for harassment.

But noticing that there were still many strangers staying at the house next door in the past few months, Madam Ng decided to start a petition last Thursday, getting 37 signatures in two days.

Previously in June, she had even employed a private investigator to gather photographic and videographic evidence of what went on inside the property by pretending to be a tenant at the house for a week.

On Friday (July 8), the authorities took action by conducting a spot check on the premises.

During the 40-minute raid, they took down the details of tenants who happened to be renting the property for the night.

According to Lianhe Wanbao, two Filipino tenants immediately packed their bags and left the house after the inspection.

One Filipino girl said that the pair had rented a room in the house for one week via Airbnb for $60 a night.

"It was only when the enforcement officers came in that we realised that the house may be violating the law. The home's owner is not around, and we did not want to be involved in any trouble, so we decided to move to a hotel," she told Lianhe Wanbao.

At present, it is illegal for both public and private home-owners in Singapore to rent out their properties for less than six months.

The authorities are still trying to decide if the rules should be relaxed for private properties, but in May the URA said that it needed more time to review the issue.

A check on the Airbnb website revealed that the owner of the house at Penaga Place house is Dione Schick, a New Zealand national who has been living in Singapore for 11 years and had taken up Singapore citizenship.

On her profile, she wrote that she and her husband, William, are "offsite during the week and only at the property sometimes during the weekends to tend to the garden".

When asked about the concerns of the neighbours, Ms Shick told Today that they were only looking for long-term rentals, and added that she felt that Madam Ng's actions had not been civil.