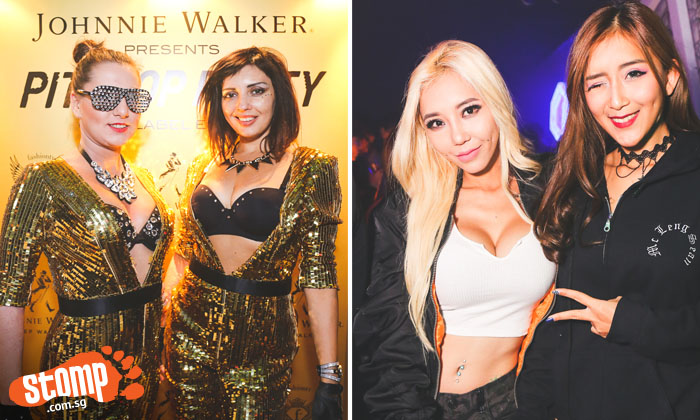 Hanoi born Vu, who was last seen on America’s Got Talent with co-host Nick Cannon returns to Singapore after spending the last years in New York and Paris.

The stunning Angie Vu Ha calls Hanoi home, but her good looks and talent behind the decks has taken her around the world - from the hottest catwalks to the biggest party destinations. She began modeling at the age of 17 - quickly cinching the title of Supermodel before moving on her other passion: music. Dishing out the hottest Funky House, Electro, and Dirty Dutch Tracks - Angie released two singles, Cookies and Cream on Escape Recordings UK, released on Beatport. Cream features the sounds of UK's top vocalist Taya and received massive support from Gareth Emery, Marco V and plays on Ministry of Sound radio and headlined UK’s Escape Swansea.

Her set will feature EDM and electro house genres.

She was joined by Leng Yein. The classically trained pianist turned EDM DJ is the first DJ in Asia region, alongside international Top DJ Afrojack to be the brand ambassador for World Famous Gaming Brand - RAZER.

As a former beauty queen and model, she holds 22 pageant titles under her belt from State titles to World Titles and appeared in more than 80 magazines worldwide including FHM, Maxim, Zoo Magazine, Hot Import Nights HIN mag, etc.

“These women bring together beauty and talent,” says Iqki Izaak, marketing manager of the 10,000 square feet club in Clarke Quay. “It is spectacular to have them both and their sets are absolute sensations.”