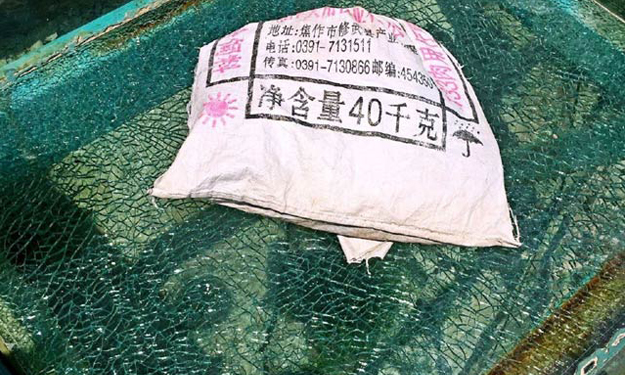 The brand new glass bridge on Yuntai Mountain in Henan province has been closed for repairs -- just two weeks after its opening.

According to Shanghaiist, cracks were discovered in one of the glass panels and caused a freak-out among tourists.

A man by the name of Li Donghai reports on Weibo that just before he reached the end of the bridge, he heard a loud thud, followed by vibrations which reverberated along the bridge.

He wrote, "As I looked below me, I realised that the glass panel had cracked. I'm not sure what caused the crack, but there were people screaming that very moment and I yelled, 'It's shattered! It's really shattered!" before pushing aside all the people in front of me to make my escape."

Park officials have confirmed the cracks, adding that tourists were evacuated without incident and the bridge has been shut for repairs.

One park official said that a tourist had apparently dropped her steel cup on the bridge, causing a glass panel to crack.

It remains unclear if the entire bridge has been shut or just the affected section, or when it will reopen again to members of the public.