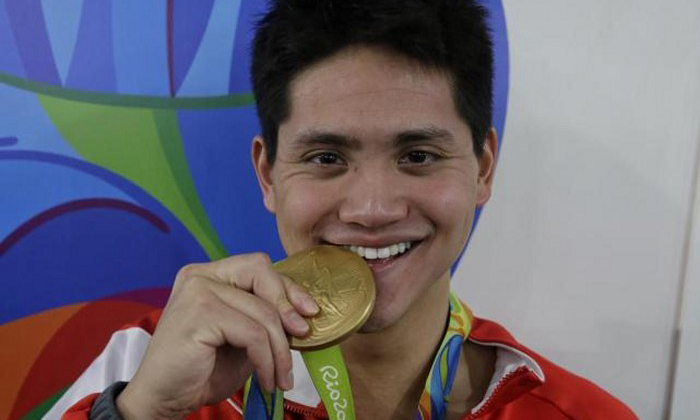 If you haven't heard by now, Joseph Schooling has made history for winning Singapore's first Olympic gold medal.

He did it with an Olympic record timing of 50.39seconds in the 100m butterfly finals, beating his idol, US swimmer Michael Phelps.

Screams of jubilation and joy as well as congratulatory messages took social media by storm on Saturday morning with even Prime Minister Lee Hsien Loong making a Facebook post to say that Schooling has done the country proud. Indeed he has.

But his win in Rio has also opened a floodgate of creative puns and jokes cheekily playing on Schooling's last name.

Over the past few hours, some of you might have been subject to lame ones and already rolled your eyes out of their sockets. Trust me, expect to hear more over the next few days. This is only just the beginning.

But just in case you're living illegally in a hut somewhere in MacRitchie, completely cut off from the world, AsiaOne will bring you up to speed with what to expect when you finally decide to crawl out of the woodwork.

Here are the top four Joseph Schooling puns you will likely see and cringe at amidst all the celebrations, arranged in no particular eye-rolling order. Drum roll please...