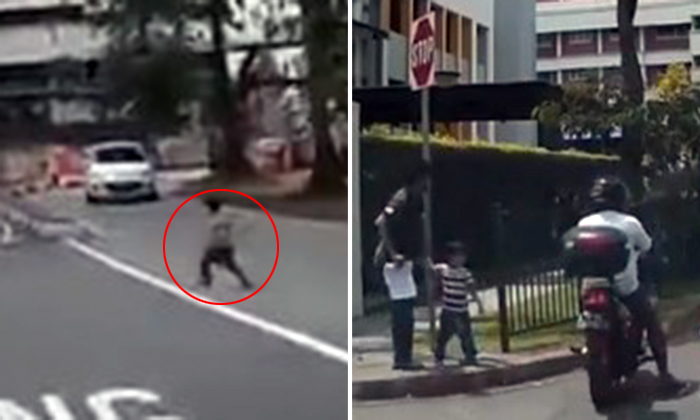 A toddler narrowly avoided being run over by passing vehicles after dashing across the road to chase a bird.

A clip of the incident was uploaded on Roads.sg and credited to Royston Foo.

It shows drivers slowing down to avoid hitting a toddler who dashes across the road.

A little while later, a bird can be seen flying away from near the little child, revealing that the toddler may have been chasing it across the road.

As he tries to run back onto the road, a man standing nearby stops him.

Despite his limp, the man gets hold of and prevents the kid from dashing across the road.

Motorcyclists and drivers soon stop to help to locate the kids parents.

According to the caption on Roads.sg, the kid was returned to the parents at a coffeshop.