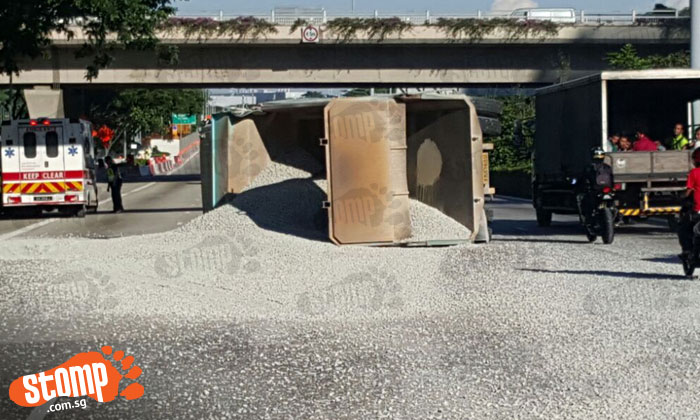 This story was submitted via WhatsApp. Click here to join our WhatsApp group

A tipper truck overturned on the Tampines Expressway (TPE) yesterday (June 20) at around 5pm.

The truck spilled sand all over the road resulting in a massive jam.

"The tipper truck toppled sideways leaving sand and stones covering three lanes and only leaving one lane for vehicles to pass."

At 9.48pm he provided an update saying that a crane had arrived to lift the toppled truck.

Many workers were seen clearing up the spill.

According to the Singapore Civil Defence Force (SCDF), no one was taken to the hospital due to the incident.