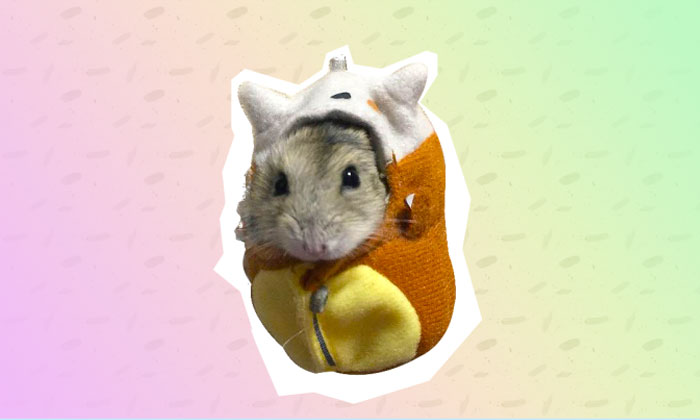 What is more adorable than seeing your pet dressed up in a cute little outfit? Nothing -- exactly!

Well that is unless you actually find your pet dressing itself up in a cute little outfit. Sounds impossible? Well we thought so too.

But according to Metro UK, this is exactly what happened to hamster owner and Twitter user  @_o_mimimi, who discovered his tiny furry friend snuggling into his Pokemon keyring.

The two-month-old hamster, Haruka,who lives with his owner in Japan -- decided to creep into the keyring which is a Pikachu dressed up as Pokemon's Cubone.

Haruka replaced Pikachua, trying on the Cubone outfit for himself -- and what do we have? A perfect fit!

Upon this cute discovery, Haruka's owner had to snap some pictures to share with the world.

He later posted it to Twitter, where it received nearly 40,000 retweets – many coming from people who refused to believe Haruka was real simply because he was far too cute.

Which we definitely can’t argue with.

According to the owner, Haruka was felt so comfortable in the outfit that he relaxed in it for a little while after the photo was taken – but soon returned it to the rightful owner, Pikachu.