'The spouse of my husband's mistress became my friend and confidante' 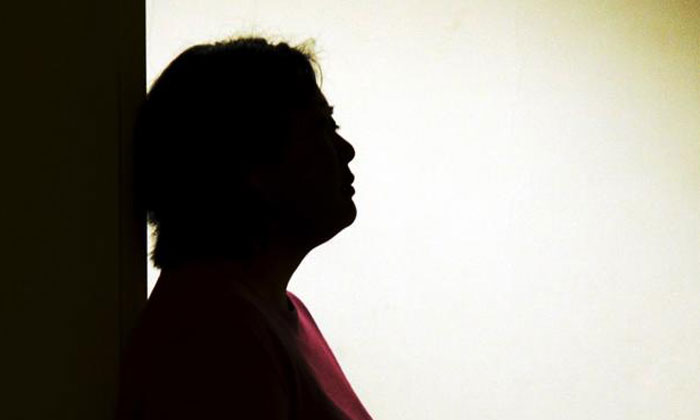 This woman sought out a stranger to uncover the truth about their cheating spouses and ended up finding support and strength in their friendship. As told to Simply Her writer Jo Upcraft:

"It was a Saturday evening three years ago, and my husband and I were watching a movie at home. My mobile phone rang and I got up from the sofa to answer the call.

"I scurried into the kitchen for some privacy. There was no caller ID, but I knew exactly who was getting in touch. I had been waiting for this call for over four months, wondering if it would ever come.

"The air around us hung heavy. Patrick and I had never spoken before so the atmosphere was a little awkward. I'd got in touch with him out of the blue after I discovered that David* - my husband of eight years and the father of my two children (with one on the way) - was having an affair with another woman.

"That other woman was Patrick's wife.

"I didn't know Patrick personally, but I found out on social media that we shared distant mutual friends, so I'd badgered one to put us in touch. I had no idea if Patrick knew that our partners were having an affair, so I'd fabricated a story to persuade him to call me.

"He worked in the medical industry, and as I was eight months pregnant, I had pretended that I needed some health advice. He'd kindly agreed to talk to me.

"I'd stumbled upon my husband's infidelity one evening while we were on his computer together. A message from a woman popped up at the top of the screen.

"'Darling David. Last night was wonderful. Wish we could be together more.'

"My husband claimed it was spam, as I mentally noted the woman's name - Candice*.

Then, I set about finding out who she was. It wasn't all that hard. Facebook uncovered that Candice was someone David knew through work. My husband confessed that she had 'a crush' on him. He was flattered, he confessed, but insisted that things never got sexual.

"'We kissed once and that was it,' David pleaded. 'I thought of you and the kids and I felt guilty.'

"I wanted to believe him but couldn't. Despite his protestations that nothing else had happened, I embarked on an in-depth investigation, which was very easy as I knew my husband's social media passwords. To this day, I'm astounded that he didn't change them.

"From Facebook, I garnered that Candice had been friends with David for nine months. Over the next few weeks, I became obsessed with this stranger in her early thirties, clad in tight dresses with coiffed hair, who was clearly in a relationship with my husband. I scoured all of her photos but they didn't show him, although her comments did allude to him.

"'Having a weekend of naughtiness and mystery. You?'

"I also discovered that Candice was married with a child. Although, investigating her husband was more difficult. I deduced that his name was Patrick and he work in the medical sector. I also knew he had tattoos - not much help."

"As time went on, my relationship with my husband deteriorated. David kept denying any interaction with Candice, but I knew otherwise. I was secretly checking his e-mails and phone messages, so I knew he was with her when he said he was at the gym. I also knew he was meeting her for clandestine weekends when he said he was going overseas for work trips.

"I didn't tell him what I knew. I guess I was holding out for the right time, or trying to convince myself that this wasn't happening. After all, we'd been married for so long and I was due to give birth in a matter of weeks.

"His replies were always the same whenever I probed him. 'Nothing is happening with Candice!' he'd lie. 'She's just mad and won't leave me alone.'

"Enraged, but still needing answers that I couldn't get from David, I decided I had to speak with Candice's husband. Going to her directly would only involve David, which I wasn't yet prepared for."

"On the Saturday evening that Patrick first called me, we spoke for half an hour. He explained that he'd discovered his wife and David's affair a year previously. It was the final straw for him as she'd been unfaithful before.

"He said he admired me for my tenacity to track him down, and he felt bad that he hadn't contacted me during his divorce to Candice. I realised he wasn't the 'weak' husband I'd assumed him to be. And he was surprised that I wasn't the 'meek' wife I'd been portrayed as by David and Candice.

"'Eventually, I was relieved that I uncovered the affair,' Patrick explained. 'Once the trust had been destroyed it was difficult to rebuild.'

"He admitted that his discovery left him free to stop trying in the marriage, plan to leave Candice, and to move on without feeling so guilty for breaking up his family.

"For the following two months, I focused on my new daughter, looking after our two children and making plans to divorce David who, incredibly, was still denying the affair.

"I didn't tell him about Patrick as I knew it could interfere with prospective court proceedings, but he and I were in touch regularly, texting one another for support.

"When Patrick and I eventually met at a kopitiam, it didn't feel strange - by then we'd shared such private and painful insights with one another that we already felt like trusted friends. Naturally, we spoke about our spouses and shared all the evidence about their betrayal we had collated, such as text messages, images and e-mails (social media is a boon to the betrayed). "

I asked a lot of questions about his ex-wife and he was happy to answer them. It hurt when he showed me some pictures of Candice and David, and to hear some hard truths I was not aware of, such as places they had been together or moments they had shared which Patrick had picked up on.

"As Patrick had been dealing with the circumstances for longer than I, and he was already divorced, he was more rational. He shared great advice and kindness when I spoke about my raw emotions."

"We immediately saw one another as kindred spirits, confidantes and co-conspirators. As I was collating details and preparing divorce papers, Patrick would call with information of his ex's whereabouts. He also messaged me pep talks, motivational podcasts and texts."

"When I felt low, Patrick kept me high. When I lacked confidence, he would praise my strength. If I relayed the excuses David had made to me, he would shoot them down and explain why. In time, we laughed about the deception we'd both suffered. And when I finally submitted my affidavit two years ago, he was my champion.

"These days, we both lead such busy lives that there's little opportunity for us to meet, but we keep in touch via Whatsapp all the time. We now no longer just speak about the past and my ongoing divorce, but our new life experiences. We talk about our children constantly, and share cooking, health and work tips.

"Ultimately, knowing Patrick is like holding a mirror up to myself. People may call us dumb that we stuck with cheaters for so long, but we are bound together by this.

"I believe we will be lifelong friends. I'm also in touch with his parents and Patrick's new girlfriend. She is a wonderful woman and I'm extremely happy for them - in fact, I'm waiting for my wedding invitation! We may have been thrown together through negativity but along with my children, Patrick is one of the best gifts I have been given."

Related Stories
'I fell for someone I met online but she's already attached, now I have health problems and cry myself to sleep'
'My rich fiance's CEO father asked me to marry him on my wedding night'
'I dug up dirt about his girlfriend online and used it to break them up'
confession
love
mistress
affair
marriage
divorce
couple
sexual