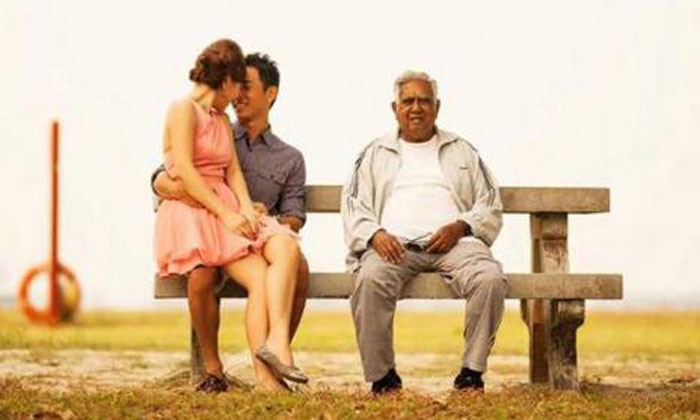 It was a pre-wedding photo shoot like no other.

Four years ago, photographer Alwin Lim, now 37, was doing a morning shoot for a young couple at East Coast Park.

Mr S R Nathan was strolling near the beach as part of his usual morning exercise.

When the bride-to-be saw the former president, her husband-to-be approached Mr Nathan to ask if he could pose for a photo with them.

But the quick-thinking photographer managed to get Mr Nathan to join in the pre-wedding photo shoot instead.

"We happened to see him taking a stroll, so we approached him to be part of the couple's photo shoot, and he agreed," said Mr Lim, who was working for Lightedpixels Photography at the time.

He asked Mr Nathan to sit on a bench next to the couple, with the bride-to-be sitting on her groom's lap.

Recalling the memorable incident, he told The New Paper that Mr Nathan was friendly and accommodating.

When the photo was posted on the Lightedpixels Photography Facebook page in 2012, it went viral, with many people wishing the couple a joyous marriage.

There was also some furore, with some netizens wondering whether it was disrespectful to get the former president to pose for a wedding photo.

With Mr Nathan's passing, the four-year-old photo has resurfaced on social media, with several netizens using it as part of their condolences to Mr Nathan's loved ones.

Mr Nathan died at the Singapore General Hospital on Monday. He was 92.

Mr Lim has reposted an edited version of his photo from the smrtsg Instagram account on his Instagram page with the caption: "#rememberingsrnathan Rest in Peace Sir".

The post features the original image on top. Below it is an edited image without Mr Nathan.

Mr Lim said the couple in the photo declined to be interviewed.