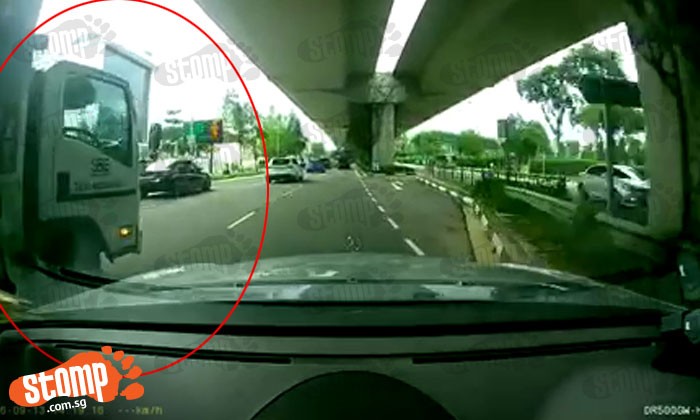 Stomper Adas was driving along Telok Blangah Road with five passengers on Tuesday (Sep 13) at around 2.15pm when a lorry almost flipped their car over.

“The lorry cut two lanes without noticing us.

“Luckily there is a U-turn lane if not our car would have hit the curb and flip.”

If you watch the video closely, you’ll notice the lorry driving across two lanes recklessly, seemingly unaware of the Stomper’s oncoming car.

The Stomper has no choice but to swerve to avoid a collision. The lorry then speeds off.

If not for the U-turn lane on their right, the car could have been flipped over or badly damaged.

"I feel that the lorry on my left should not have cut 2 lanes straight and worse of all, the lorry driver did not look out for other traffic before turning."

Lorry drivers need to stop under-estimating the size of their vehicle man...