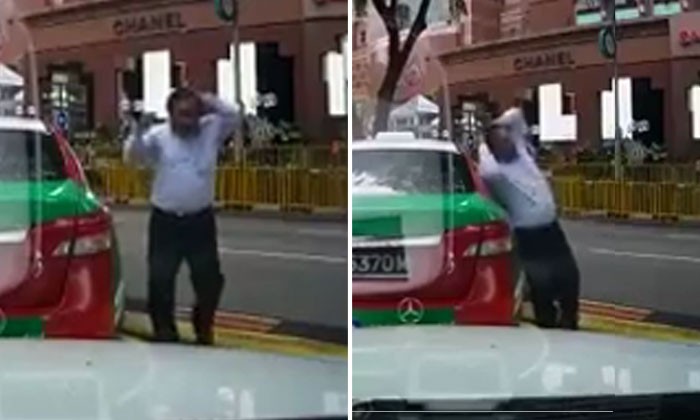 A SG HardTruth's Facebook video showing a taxi driver pointing and clutching his head in agony before collapsing on the road two days ago (Nov 29) has gone viral.

In the video below, the male driver is first spotted walking towards the taxi and opening the door.

The man yelled, "Hello", and turned to the front camera of the car behind his taxi, and pointed at his head.

The taxi driver is then seen gripping his head with both hands in pain before pressing his back against his taxi for support. He eventually collapsed on the road.

According to SG HardTruth's Facebook post, the video is widely circulated on WhatsApp and the taxi driver is suspected of having a stroke.

"What if it was a real stroke attack? I am not judging, because I was not there. But if I were at the scene, I would have automatically dashed over to help the man. What have society gone to?"