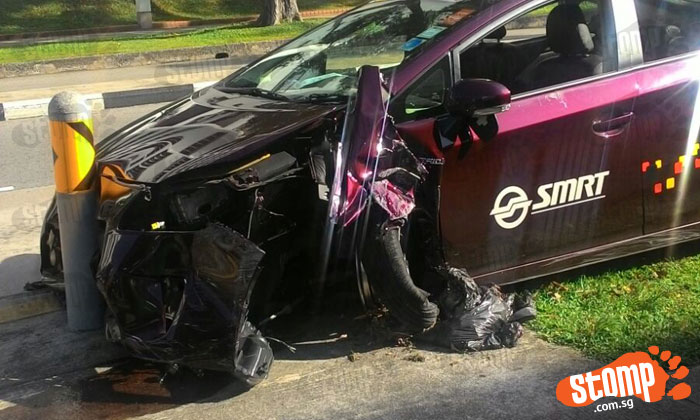 A taxi crashed into a concrete barrier of a bus stop at Hougang Street 21 yesterday (Sep 16) at around 4pm.

Stomper Selina's daughter and Stomper Gilbert came across the aftermath of the accident and sent photos of what happened to Stomp.

Based on the photos, the bonnet of the taxi sustained severe damage after mounting the kerb and hitting the barrier. Its bumper also became dislodged following the accident

"The cabby looked to be sober.

"I don't think anyone was injured."

The taxi was then towed away thereafter.

"On 16 September at about 4.10pm, Police were alerted to an accident along Hougang Street 21 involving a taxi.