Stomper's stunning photos of the third Supermoon of 2016 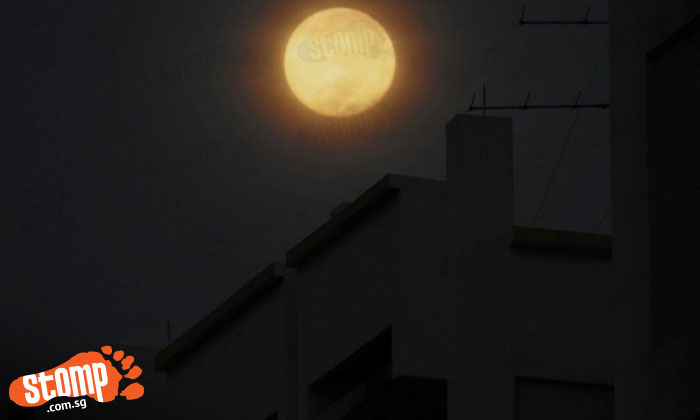 Check out Stomper Kannan's stunning photos of 2016's third Supermoon which he captured yesterday (Dec 14) evening as well as early today (Dec 15) morning at arounf 6am.

However, according to Kannan, the Supermoon Trifecta did not offer a good view.

"This was supposed to be the final of three Supermoons this year whereby the moon is said to be at its closest orbital point around the Earth and thus referred to as a 'Supermoon'. "

According to NASA, a full moon at its perigee (point in the moon's orbit when its closest to Earth) appears up to 14 percent bigger and 30 percent brighter in the skies.

"However, did managed to capture the full moon in the early morning of 14 December before sunrise in the west , whereby the moon appeared bigger and brighter than usual in the sky directly above Woodlands MRT Station.

"The night moon that rose from the East however was vague looking due to the rain clouds covering it. Would like to share the December 14 Supermoon to readers.

"The Supermoon was however better than the November moon which had poor visibility."

The Stomper added that there were special terms used to describe the December's full moon in the Northern Hemisphere: The Full Cold Moon and the Long Nights Moon -- according to The Old Farmer's Alamanac.