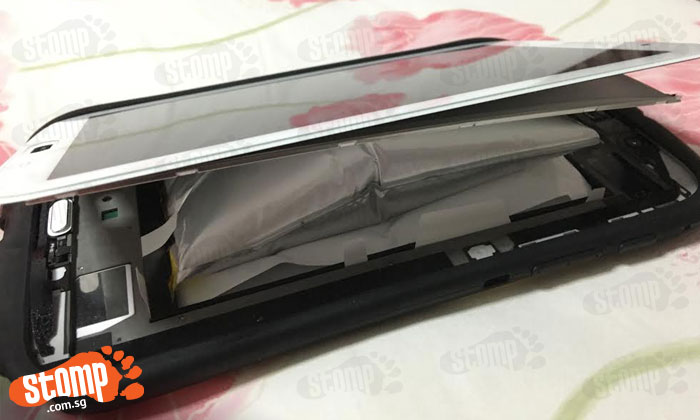 Stomper Simon had a bizarre experience with a battery for a Samsung tablet device he obtained from Sim Lim Square.

"I bought the battery for $50 some time back.

"A couple of months after the new battery was installed, I noticed that it became very weak.

"Since it had a three-month warranty, I went to do an exchange at the shop.

"A new battery was then installed.

"Another two months later, the battery 'ballooned' and pushed open the screen of my tablet.

"I want to go back to the shop to report what happpened, but I lost the receipt.

"The incident has left me very disappointed."