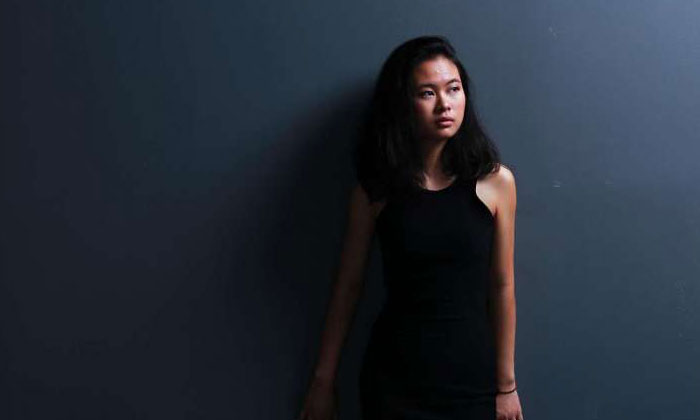 Her episode can be viewed online at http://str.sg/st-sessions.

The singer, whose full name is Theodora Lau, performs two of her songs. The first, Air, is about "somebody who regrets getting married and it's too late", she says in the video.

The second tune, Lines, she later explains, is about "not being able to forget someone who's died" and continuing to remember that person.

She admits to having a quirky and morbid sense of humour and recounts how being repeatedly poked with a needle at a blood-donating session had her in stitches.

She first came into prominence when she was part of the National Arts Council's youth initiative Noise Singapore in 2014, in which she was mentored by music industry insiders.

Last year, she was one of the rising acts in the Esplanade's Baybeats Budding Bands programme.

Inspired by artists such as American folk act Iron & Wine and English pop singer Ellie Goulding, Lau started writing her own songs at the age of 14 and built up an audience online through her videos of cover songs on YouTube.

The mass communication student at Ngee Ann Polytechnic says writing and performing music will always be a large part of her life.

"Music is an extension of myself," she says in the ST Sessions video.

"Even if I get a desk job or build a career on something else completely, I'm fully aware that this is something I will never ever stop doing."

ST Sessions' third season is part of a series of digital video programmes under a partnership between the Info-communications Media Development Authority and Singapore Press Holdings.

The new season features eight acts and a new episode will be launched every other Friday.