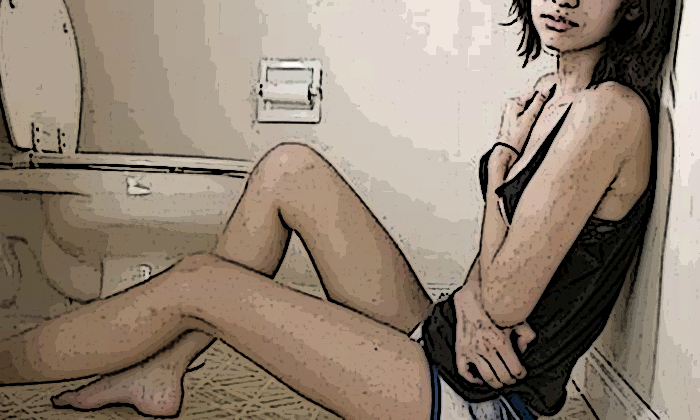 Jean (not her real name), a 40-year-old professional, lived with a secret for 20 years.

Every day, she would binge eat, stuffing herself with several bowls of noodles or an entire cake at one go, only to vomit it all out an hour later.

Jean was suffering from bulimia nervosa. Her eating woes started in her late teens when she was overweight - she tipped the scales at more than 60 kg at her heaviest.

She said: "I was ostracised in school and other girls did not want to talk to me. My relatives also teased me about my looks."

So she started to diet and finally lost about 10 kg to weigh 50 kg, which was considered to be in the healthy weight range for her 1.6m frame.

But what pushed her over the edge after that was when she finished a box of cookies by herself. Fearful of gaining back the pounds she had shed, she forced herself to vomit. Soon, however, this became a daily cycle, and she would binge and purge.

She said; "I thought I could eat what I wanted and still look fine. Purging was my way out."

But this took a toll on her body.

She felt lousy and miserable, her hair started falling off, and her teeth looked "disgusting". She finally sought medical help this year, after her boyfriend found out about her eating disorder and confronted her.

"I felt like I had been handcuffed for the past 20 years," said Jean, who has managed to maintain her weight at about 50kg. "I feel so much better physically and emotionally now that I'm on the road to recovery."

Related Stories
Gloomy texts and images that reveal how depression really feels like
Man suspects his beautiful date is a transsexual -- then makes extremely heartbreaking discovery
More About:
confession