'Sofa insurance', SCDF and 9 other scams that are happening in Singapore right now 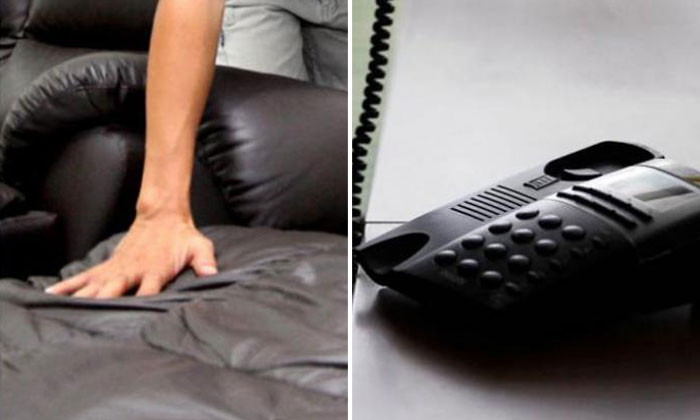 Think you are too alert to be scammed? You'll be surprised.

While the elderly are stereotyped as easy targets, statistics show that younger, educated people are susceptible to being scammed as well. In fact those aged between 20 and 49 years old comprise 67 per cent of victims who have fallen prey to scams involving fake Chinese police officers.

Here are 11 types of scams that are happening in Singapore right now:

Beware of sales representatives from fire safety companies who pretend to be acting on behalf of the Singapore Civil Defence Force (SCDF), the authority said on July 25. Some have even threatened to fined those who do not purchase any products.

On July 18, OCBC warned that there has been a spike in the number of phone scams over the past few weeks.

The caller's number is usually either a truncated six to seven digit number that looks like a foreign number, a private number with no caller ID, or may even appear as OCBC's official contact number or some variation of it.

If the individual follows the instruction to key in a number, the call would be transferred to a Mandarin-speaking person who would then ask for their personal or banking information.

On July 12, NTUC FairPrice warned of a new phishing scam being carried out under its name.

Online advertisements bearing the supermarket's logo falsely claim that netizens who take part in an online survey would be given $500 in vouchers.

"Please note that this is not created or endorsed by FairPrice and we advise our customers to be wary of such campaigns," NTUC said.

Similar scams bearing the logos of Ikea and Zara have also been spotted in the past year.

While there have been no reported victims of this particular type of scam, a message being circulated online claims that a couple has been going from door-to-door telling residents that they had been sent by the town council to check residents' sofas for bugs.

According to the post, the couple asked residents to pay a fee for the sofa checks, which according to them, are part of the town council's "sofa insurance" policy.

Sengkang Town Council told AsiaOne on July 13 that it was aware of the incidents, and would remind residents to remain vigilant and report such activity to the police.

The newest scam tactic, as reported by AsiaOne on Friday (July 8), involves phone scammers pretending to be from Singapore Power Services. These scammers try to con their victims by claiming that their utilities accounts are in arrears or that their electricity meters need to be changed.

The victims are then asked to make payment to a designated bank account.

SP Services said on its website that it did not make these calls, and that those who have received such calls should contact SP Services at 1800 222 2333.

If you happen to miss a phone call with numbers that begin with '999' on your mobile phone, you may be the target of another phone scam.

The Singapore Police Force (SPF) said on Wednesday (July 6) that some people have received such calls, and when they returned the calls, they found themselves calling the police emergency hotline instead.

In an advisory released on Facebook, police urged the public to ignore such calls and contact the police at 1800-255 0000 should they have any related information to the case. The emergency hotline at '999' should be used only if urgent Police assistance is required.

According to the Singapore Police Force, Internet love scams have resulted in the highest amount lost by scam victims from January to May this year. Together, victims of such scams have lost $8.9 million in just five months.

Those who carry out such scams usually claim to be foreigners, and seek out those who are looking for love or companionship online. The swindlers then cook up stories that they are in trouble, and ask the victims to transfer money to them.

In a report, The New Paper said that there has been a 294 per cent increase in such cases as compared to the same period last year. One woman even went into debt when a man she met on Facebook cheated her of $1.2 million.

The Scam Alert! website set up by the National Crime Prevention Council (NCPC) to educate Singaporeans about scams says that you should exercise caution when befriending strangers online.

Do not send money to people you do not know well, even if they have spent a long time building an online relationship with you. You should also contact the police if you are asked to send money to someone claiming to be in trouble overseas.

Also known as the "DHL scam", this seems to be one of the most common scams in recent months, with over $4.9 million reportedly scammed from victims from January to May.

In such cases, victims receive calls from individuals claiming to be authorities from China. The perpetrators tell the victims that there are illegal items in parcels under their names.

They are then told they have to make a payment, usually through remittance of money, or face jail time.

Just this week, AsiaOne reported that two different victims were nearly scammed of $180,000 and $25,000. Fortunately for them, alert employees at remittance agencies called the police when they noticed the victims had no good reason to transfer such large sums abroad.

According to the Scam Alert! website, scammers are now also asking victims to download certain applications onto their mobile phones. These applications may be infected with malware to allow third parties to access private information on their victims' phones.

Those who receive such calls should protect themselves by not following the caller's instructions, and safeguard their personal information by not divulging their name, identification number and other details.

In such cases, swindlers befriend their victims on social media and convince them to buy transfer cards or online shopping credits, with the promise of sexual services or dates in return. These meet-ups never materialise and victims realise they've been scammed only when it is too late.

Those who befriend strangers online should be wary of any escort, massage or sexual services offered. You should never provide personal details in online engagements, and do not share any payment receipts with personal information with people you do not know.

It's a case of too good to be true.

Victims of such scams usually respond to online advertisements selling electronic gadgets at low prices. They are then told to make advance payment, but find that they have been conned when the items fail to arrive. In some cases, victims have also been told to make payment for duties and delivery charges.

To protect yourself from such scams, make sure you are purchasing from reputable vendors and do not make advanced payments to people you do not know or trust. If you do need to make a payment, make sure you have the seller's contact number and can verify his/her identity and track record.

Victims in such scams usually receive calls from individuals claiming to be officers from various government or authority bodies such as the police, Immigration & Checkpoints Authority or Ministry of Foreign Affairs.

The impersonator will then ask the victim for his/her personal information such as their bank account numbers, and may even tell them to transfer money to absolve themselves of involvement in made-up cases.

Similar to the DHL scam, those who receive such calls or messages should ignore them and refrain from transferring money to the caller. You should also call '999' should you receive calls from individuals pretending to be government officers.

Related Stories
Beware! Couple knocks on doors, claiming to provide town council 'sofa insurance' at Compassvale Link
Police phone scam: Stomper shares how the call sounds like
If you receive this survey, you might want to think twice before participating
3 men arrested for suspected involvement in DHL scam
22-year-old man arrested for cheating victims of money through dating app
More About:
scam