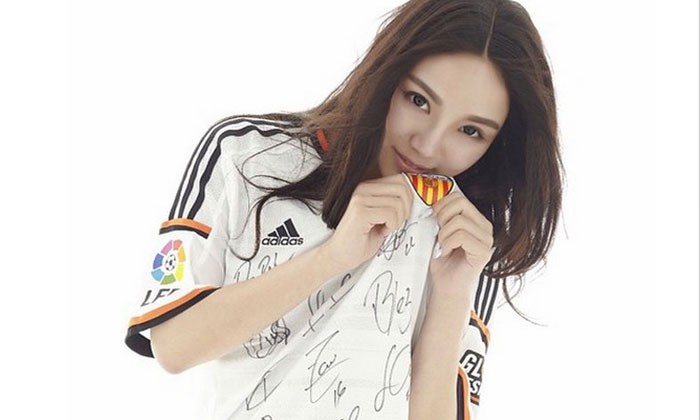 According to Stomper Josephine, celebrity socialite Kim Lim, daughter of billionaire tycoon Peter Lim, slammed haters on Saturday night (Nov 19) after she was accused of "betraying" her own team, Valencia CF, which her father had bought in 2014.

On Saturday (Nov 19), Kim and her friends attended a Manchester United football match but gained a lot of criticism and personal attacks from her followers for not supporting her team.

She said that some of the Valencia CF fans "can be quite crazy and stupid to think they can control or have any say over my actions" and she had "already said I am coming to Valencia to support during my Euro trip".

Furthermore, she clarified that her family was supporting their club and that "not posting doesn't mean we are not supporting".

To end off, she asked the haters to "deal with it and move on".

Related Stories
This girl's epic response to being cropped out of MMA star's photo will make you LOL
23-year-old Chinese socialite lives in $860k condo and gets $40k monthly allowance: 'It's not my fault I was born rich'
'China's richest son' spends $521k in one night at Beijing KTV
public figure
kim lim
haters
instagram
social media
burn