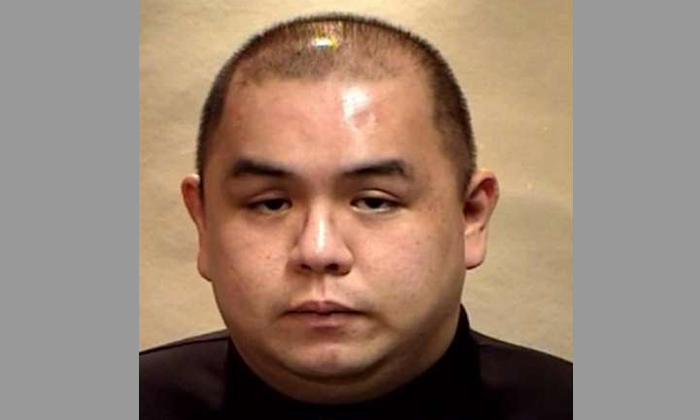 While needy families were deprived of money meant for them, Chia Kwang Hwee, 33, splurged on luxuries, including spending more than $5,000 on goods from Louis Vuitton boutiques.

For nearly three years, the social service worker pocketed more than $340,000 from the Community Care Endowment Fund (ComCare). He was entrusted with the cash to help the less fortunate.

Chia was generous with himself and his relatives, spending $110,000 on expensive spa and hair salon packages, pricey meals, holidays and branded goods.

On Thursday (Dec 22), Chia was sentenced to five years and four months' jail for his crimes.

Another 107 similar counts were taken into account in sentencing as part of his plea bargain.

Instead of handing them to the beneficiaries, he encashed the cheques and deposited the money into his bank account.

The cheques had been made out to "cash" as the beneficiaries who were supposed to receive them did not have bank accounts.

In November 2012, while at South East CDC, Chia also took on the role of team leader and was granted access rights to a computer system used to administer ComCare funds to beneficiaries.

He also had system administrator rights and could reset the passwords of other account users.

Between December 2013 and August 2014, while at Geylang Serai SSO, Chia entered his bank account details into the system instead of the beneficiaries'.

He also misused his administrator rights to reset the passwords of 15 social service officers' accounts, and then used his colleagues' accounts to approve and transfer $67,100 in beneficiaries' payouts into his own account.

In a press statement sent out immediately after Chia was charged on Aug 3 this year, the Ministry of Social and Family Development said it was contacted by a beneficiary who said he had not been getting his payouts.

Chia was suspended from his duties on Aug 19, 2014, after his crimes were discovered. Police seized 21 branded items worth nearly $30,000 from his home. He had bought them with criminal proceeds.

In a Facebook post put up shortly after Chia was charged, Minister for Social and Family Development Tan Chuan-Jin said police investigated the matter with the ministry's full cooperation.

"MSF's priority is to ensure that Singaporeans and families in need continue to receive appropriate help in a responsive manner. However, we also need to ensure accountability and have thus thoroughly reviewed and strengthened our controls at the SSOs."

The ministry's internal auditor checked all the offices' payment records to confirm that there were no other similar cases.

The MSF said it has implemented the panel's recommendations, which include strengthening access to IT systems and having more checks to ensure that payouts have been made.

HOW CHIA SPENT THE MONEY