So they say creepy auntie at Mandai is Maggi ad... but look what happened to our computer when we watched new video 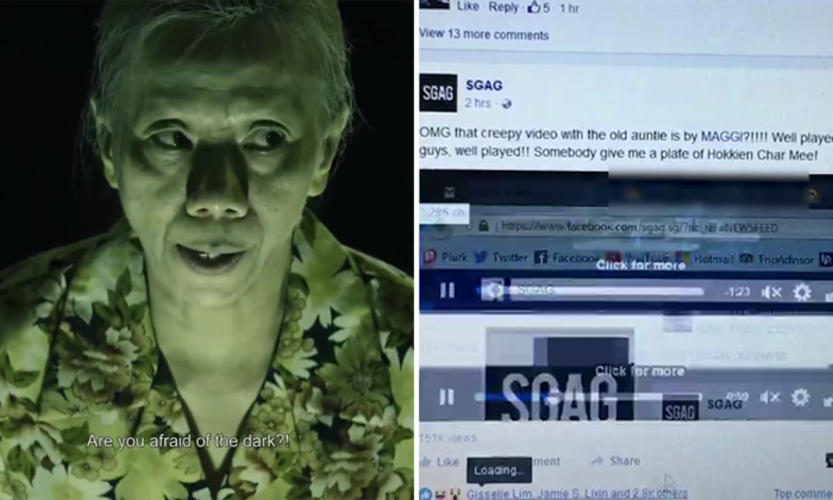 The viral video showing a couple hunting for Pokemon at Mandai and stumbling upon a creepy woman selling hokkien mee has been revealed to be an advertisement by Maggi.

In an earlier report, Stomper Aiden shared his so-called spooky encounter with the auntie on Aug 17 and how she had whispered, "Are you afraid of the dark?" to him in Mandarin.

The video, which has garnered over 171,000 views to date, had some netizens expressing their doubts over its authenticity while others joked about how it is also the Hungry Ghost Festival.

Yesterday, Maggi posted a second video and revealed how the stunt was in fact a marketing campaign for its Hokkien Char Mee.

This time, the clip shows two men ordering noodles from the creepy auntie at Mandai Road Track 7, who once again asked if they were afraid of the dark.

She then told them not to be scared because Maggi's new product has a "darker sauce" and "richer flavour".

But it did not feel so amusing when a Stomp journalist first watched the follow-up video on SGAG and her screen went all inexplicably crazy.

Before playing the video, her browser was completely normal and glitch-free.

Thankfully, she is not that afraid of the dark.

Watch what happened to her screen in the video below.