So spooky! Auntie selling prawn mee in the middle of the night at Mandai scares Pokemon hunters 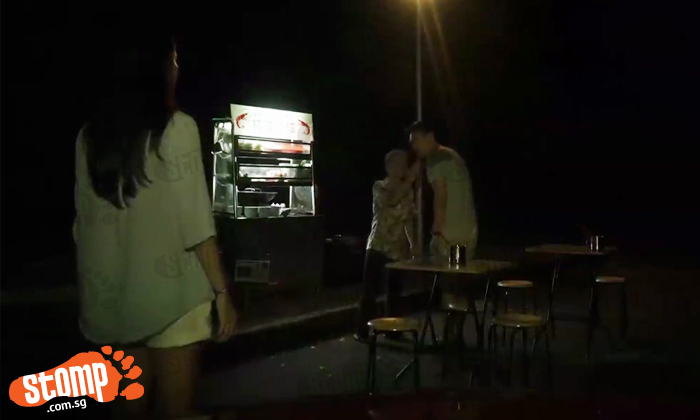 Imagine being on the hunt for some Pokemon... only to see an elderly woman acting strangely in the dark instead.

That was exactly what happened to Stomper Aiden, who shared with Stomp a video of what happened as well as posted it on his Facebook.

According to a timestamp on the video, the incident took place on Aug 17, at close to midnight, when Aiden was out on a drive in Mandai with his girlfriend.

They suddenly stumbled upon a noodle stall seemingly in the middle of nowhere, which an old woman appeared to be manning.

When Aiden exited his vehicle, the woman beckoned him over and whispered in his ear.

Aiden described what happened: "Auntie scare me like mad, ask me '你怕黑吗 (which translates to 'Are you afraid of the dark')?' Shitttttt! 我的毛站 (My hair stood on end)!"

The Stomper has also asked for those who know the auntie to tell him more about her, though some netizens have expressed doubts over the authenticity of his video.