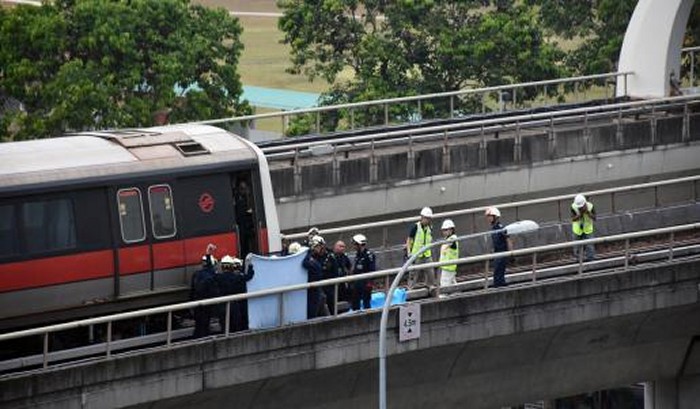 Transport operator SMRT Corp has fired the train driver who was involved in a fatal track accident that killed two of his colleagues in March.

The Straits Times understands that Mr Rahmat Mohd, 49, was dismissed yesterday after an internal disciplinary inquiry.

Mr Rahmat, who was reassigned to a non-driving job after the accident, said he felt "sad" about the company's decision.

"I've no plans at the moment," he added.

"We will now review the situation, study the grounds for SMRT dismissal, and work with the affected staff on the next steps."

If you watch the video closely, the cyclist even turned his head towards the car before cycling off.

Two SMRT maintenance workers were killed while they were on an East-West Line track near Pasir Ris station on the morning of March 22.

Mr Nasrulhudin Najumudin, 26, and Mr Muhammad Asyraf Ahmad Buhari, 24, were hit by an oncoming train while they were undergoing on-the-job training.

The two men were part of a group of 15 sent to investigate a possible fault with a track equipment.

SMRT said in April - after an internal probe into the tragedy - that failure to follow safety measures had led to the accident.

Lapses included allowing a train to ply in automatic mode while workers were on site, not deploying watchmen to look out for approaching trains, and failing to provide early warning to the work team.

The Ministry of Manpower had also called on the operator to tighten its safety procedures a week after the fatal incident.

A coroner's inquiry into the accident is expected to convene early next year.