Small S'pore retailers upset over Nike not supplying to them from 2017: 'We don't understand why they are doing this to us' 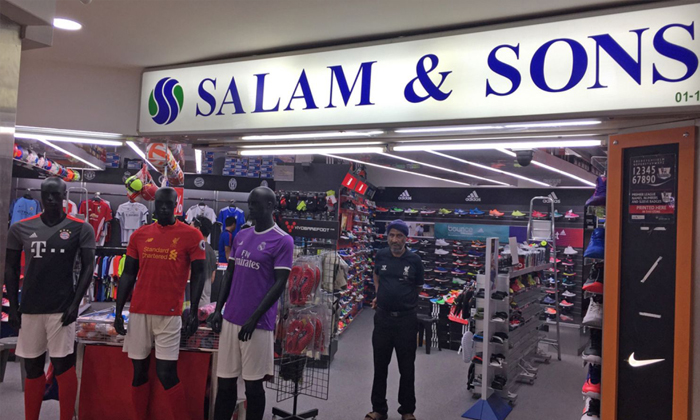 Renowned American brand Nike will not be supplying to smaller sports shops in Singapore from January 2017.

The decision has upset and confused several mom-and-pop stores here, which depend on top-selling brands to attract customers.

According to The Business Times, several shops located in Queensway Shopping Centre and Peninsula Plaza are among those affected.

Referring to the controversy, 65-year-old Gurbachan Singh, who has been managing Salam & Sons for over 30 years, said: "Its move would force many of us, some of whom had been operating since the 1970s and 1980s, out of business soon.

"We did business with Nike for more than 20 years. We followed their rules, never defaulted on payments nor brought in fake or parallel imports. Many of us don't understand why they are doing this to us."

He is not the only one who feels this way.

He declined to be name for fear of reprisals.

Mark Penu, managing director of Premier Sports International, which markets and distributes sports merchandise, explained that brands like Nike "just want to get into bed with the big chains like Weston and Sports Link".

It is believed that a desire and plans to grow its online stores also contributed to Nike's decision.

Fortunately, it appears that smaller retailers have found a way to survive: By working with other prominent sports brands such as Adidas.

Mr Singh said: "We have spoken to the brand and they are willing to come in to work with us. We are looking at allotting them prominent spaces in the shop and moving Nike away to the back. It may look petty but we have to do so for our own survival."

Read the full article on The Business Times.