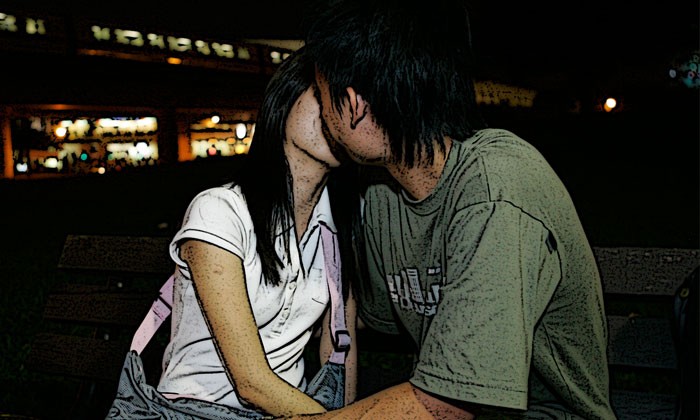 A third party is the most loathed reason for couples breaking up but a 25-year-old Singaporean girl came to a conclusion that although it is the most despised reason, the third party should not be hated.

'Angel' is studying business degree in a private school and she fell in love with her classmate named Ricky in her first year.

Being two of the oldest students, they got along and see each other in school often.

Ricky was in a relationship with another student from National University of Singapore.

So much so that their classmates were teasing them about being a couple and Ricky not setting his status straight in Facebook, added fuel to the fire.

Angel confessed to Goody Feed about that one night when they got involved with one another during one of their project meetings.

Angel was very aware about Ricky's girlfriend and initially, Ricky regretted his decision.

He apologized and asked Angel to keep a distance but he had feelings for Angel and not his girlfriend.

Angel persuaded Ricky to follow his feelings after he admitted them to her.

A week later, Ricky finally told Angel that he broke up with his girlfriend and now, they can be together.

Angel was ecstatic as he was her first boyfriend but Angel got a taste of her own medicine because their relationship did not last.

Ricky started avoiding her and after an intense argument, admitted that he had been hanging out with another girl from another class and his feelings for Angel have gone away.

Angel stalked Ricky and tried to break away from the entire relationship but failed.

"I’ve come to realize that it was not Rachel’s (the other woman) fault for snatching my boyfriend, but my fault for choosing the wrong guy right from the start.”