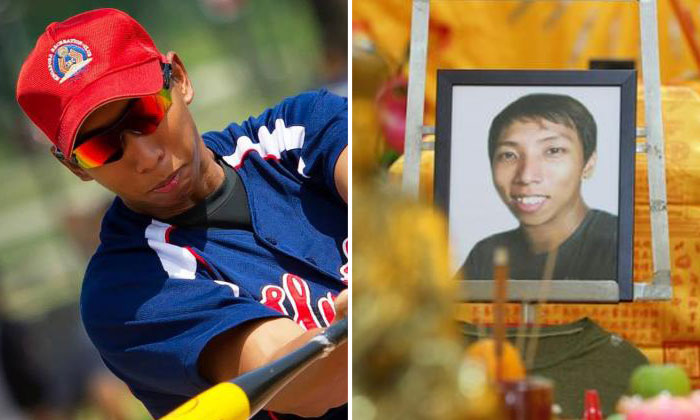 The 27-year-old was on his way to Singapore from Penang at around 3.45am on the North-South Highway, at around KM58.6 near Kluang, when the motorcyle he was riding collided with his friend's from behind, Shin Min Daily News reported.

Sim died at the scene from suspected head injuries, while his 24-year-old friend sustained light injuries.

The two were in Penang with other friends to attend a function. As they both had to work yesterday, they left for Singapore earlier than the others.

Sim's brother, 25, told Lianhe Wanbao that their family are motorcycle lovers, and that Sim rode to Malaysia almost every week and was very familiar with the roads there. He added that their family is appealing for witnesses to check if there were other vehicles involved in the accident.

Sim was a pitcher in the softball team that won a bronze medal for Singapore in the 2011 SEA Games. He went on to coaching in several schools here.