Singaporean chef, 44, ends up in Malaysian hospital after getting beaten up by 3 men with baseball bats 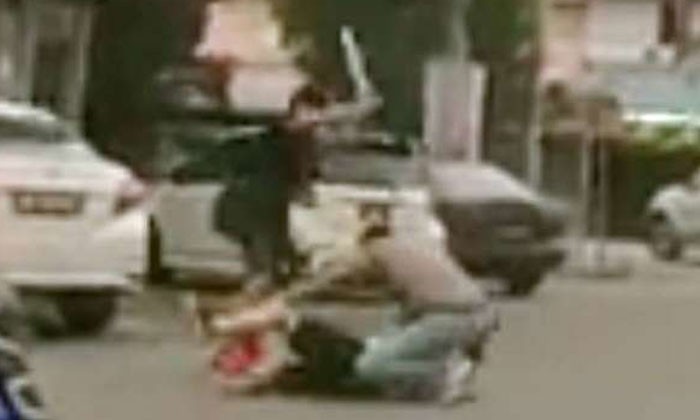 A 44-year-old Singaporean chef was allegedly beaten up by three men with baseball bats in Johor Bahru on Wednesday (Dec 14) morning.

He had reportedly approached the men with a parang or knife to recover a debt of RM500 (S$161) from one of them when they attacked him.

The incident occurred at 7.30am at Jalan Sutera outside Taman Sentosa, Shin Min Daily News reported on Thursday.

Speaking to Shin Min from a hospital in Johor, Mr Fong Teck Keong said he was trying to retrieve money owed to him when he was beaten.

He got to know the alleged attacker at a games centre about six months ago when the latter borrowed RM500 from him.

Mr Fong said he spotted his borrower with two other men coming out of a nightclub on Wednesday morning, and asked for his money back while wielding a parang.

"I just wanted to scare them, that's all, and I didn't hurt them. But they picked up baseball bats and hit my head," he said.

Johor Bahru South district police chief Asst Comm Sulaiman Salleh told Shin Min the police went to the scene and found a 44-year-old Singaporean man lying by the road, with injuries to his head and body.

He was taken to hospital.

Police are investigating the case of voluntary hurt caused by dangerous weapons.

If convicted, the suspects will be jailed for up to three years, fined and or whipped.

In a video of the assault that has been making its rounds online, Mr Fong is seen being beaten by men with baseball bats and tries to retaliate but is outnumbered.

Mr Fong told Lianhe Wanbao that he was on drips and needed more than 30 stitches for the wound on his head.

He added that he did not have money on him and has contacted his family through the hospital and hopes to return to Singapore soon.

Watch the video from All Singapore Stuff below.