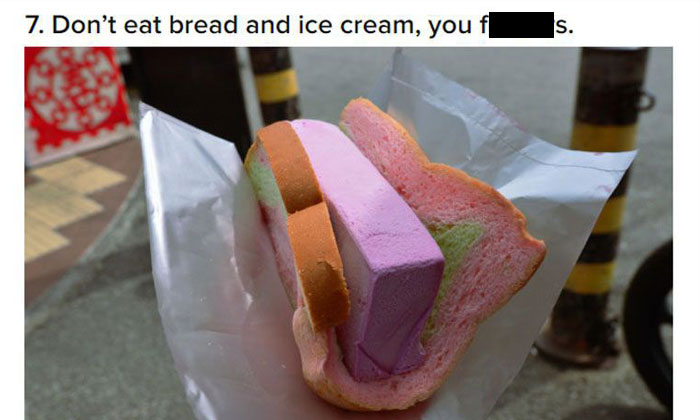 The Singapore Tourism Board had the perfect clapback when a Buzzfeed article dissed one of our most popular snacks - the ice cream sandwich.

According to Mashable, the original article cited the local favourite among other sandwiches in a list named "21 of the Absolute Worst Sandwiches That Have Ever Happened".

A screencap of the article shows a picture of ice-cream wrapped in bread, along with the caption: "Don't eat bread and ice-cream, you f*****s."

Before long, a mix of Singaporeans, Malaysians and foreigners took to the comments to protest the inclusion of the ice cream sandwich in the list.

However, the Singapore Tourism Board's short and succinct response definitely handled the situation the most effectively.

On their Facebook page, they posted a gif compilation of ice-cream sandwiches, along with one sentence: "Hey Buzzfeed UK, what's good?"

After the post went viral, Buzzfeed has since removed the ice-cream sandwich from the list, adding an apology at the bottom of the post that reads:

So, it appears that an item originally in this post at #7 (an ice-cream sandwich) is in fact a Singaporean delicacy. In which case, I’m sure it’s delicious! A version with English bread and ice cream would not be nice. Sorry for the mistake in including it.