SIM to open international school in 2017 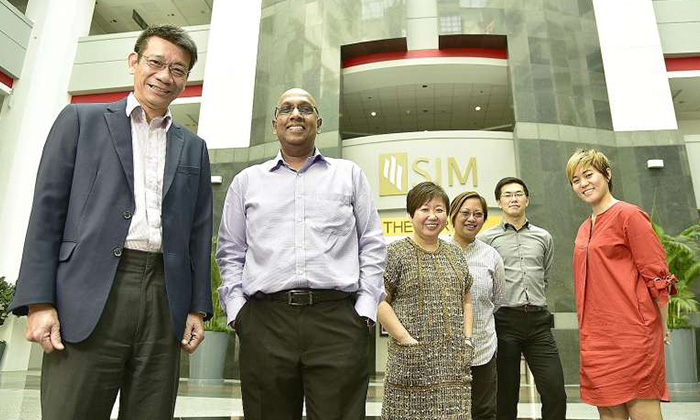 The Singapore Institute of Management, a private education provider popular with Singaporeans and students in the region, will open an international school next year.

Housed at SIM's Clementi Road campus, the school - likely to be called SIM International Academy - will offer Secondary 1 to 4 classes from September, leading to an International General Certificate of Secondary Education (IGCSE), the equivalent of the O levels.

The students can then go on to take up the 18-month diploma programmes offered by SIM. After that, they can enrol in the degree studies that SIM Global Education runs with 10 overseas university partners, including the University of London and Sydney University.

The new international school will be headed by Mr Balamurugan Krishnasamy, the former principal of Pasir Ris Crest Secondary School.

He said a core team of experienced teachers and school leaders, who previously taught in mainstream Singapore schools, has been hired to plan the curriculum and pedagogy.

While the curriculum will focus on preparing students for the IGCSE, some pedagogical approaches will be borrowed from the local school system, he said. The curriculum will also provide electives across subjects that develop an understanding of regional issues and the spirit of enterprise, said Mr Balamurugan.

The school will offer boarding facilities and the diverse student mix will be used to nurture cross-cultural sensitivities and collaborative skills, which employers say are needed in the workplace.

SIM Global Education (GE) chief executive Lee Kwok Cheong said he is banking on SIM's good reputation and popularity in the region, which have been built up over several decades. Noting SIM GE's enrolment of 20,000 students, including 3,500 foreigners from the region, he said many Asian parents can afford to send their children to Australia or Britain, but opt for SIM as they want a good university degree from those countries but in an Asian setting.

He said: "Parents want the best parts of a Western education combined with Asian values and ethos."

Mr Gregory Lye , a student recruitment agent who works in Cambodia and Vietnam, said he expects places to be taken up quickly.

He said: "SIM is a brand name, and with the Singapore Government offering fewer places to foreigners in government schools, I expect that there will be good demand for the school set up by SIM."

The Straits Times has reported on the Ministry of Education cutting down on the number of places it offers to foreigners because of its Singaporeans-first policy.

Indian expatriate parent D. Vijay, who failed to get his 15-year-old son into a Singapore school, said he is keen on the SIM school.

Said the businessman: "I go with the adage, 'locals know best'. And when Singaporeans don't get into the local universities, they go to SIM. So, I will be very happy to get my son into SIM.

"It will be the next best thing to a Singapore secondary school."