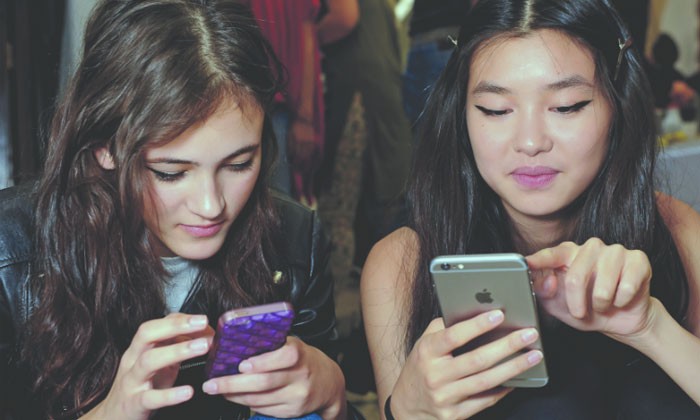 "Online dating is the best thing that’s happened since McDelivery! Instantly gratifying. In fact, I met my boyfriend on Tinder last May. Before meeting him, my best date was a guy who brought me to an incredible bar, was interested in everything I had to say, laughed at all my jokes, and told me he had never met anybody quite like me in his life. Then, the classiness ended; we stayed out until 3am downing Bacardi Breezers and making out. It was so much fun!"

"Once, I traveled an hour and a half – from Queens in New York to Long Island – for a Tinder date. It sounds crazy that I made all that effort, but I had a good feeling about this divorced dad who loved his kids. We visited castles and he even packed a bottle of wine for a picnic at the park after. I was very impressed that he had studied my photos beforehand and noticed that I loved seeing castles."

"I usually prefer meeting men face to face, but now that my social circles are shrinking, online dating might just be the way to go. I met this guy on Okcupid and after chatting for two weeks, we decided on a date at Gardens by the Bay. He was even funnier in person, which put me at ease. There were continuous exchanges, with laughter and a little flirting."

"I’ve had men send me photos of their appendages and no, we were not talking dirty. Younger women are more aggressive when it comes to the dating scene too; male friends have showed me sexy photos of their online dates – think cleavage and bikinis. My profile is ‘what you see is what you get’. Okay, I did cheat and use a filter on my profile picture, but that’s about it!"

"Online dating hasn’t quite worked out for me. Most men are just looking to sleep around or are out to con women. These relationships also tend to fizzle out after a few weeks or so. I went on a coffee date with this guy who seemed kind of cute, but when we met, he was so arrogant! He wouldn’t stop making fun of my earrings and after offering to drive me home, he kept bragging about his car."

"Online is my preferred way to meet men, but I’ve had some truly awful dates. My worst was with an American guy from Tinder. He showed up in flip-flops, ordered four rum and cokes for himself because it was happy hour, then spent the rest of the evening telling me, in great detail, about all his past Tinder dates. Later, his colleague showed up and all of us ended up watching football. I felt like a third wheel!"

"Like roulette, sometimes you strike, sometimes you meet random d*cks. I was in Tokyo for a business trip and had one free day, so I met up with a guy from Okcupid. He turned out to be a weird pervert who kept steering the conversation towards my sexual fantasies. After he realised I wasn’t up for a random kinky sexual encounter, he proceeded to pick up a girl at the next table!"

"I once met a guy who lied about his nationality. We had been chatting online for a while, but only half an hour before our first meetup did he text to come clean. He had lied because he felt there was a stigma to dating guys his nationality."

"I’ve had boring or psychotic dates and when that happens, I use my Apple watch to call for help. It has an amazing Digital Touch function that lets you communicate with friends who own Apple watches via tapping. It’s like modern Morse code – if I tap twice, all is good; if I send my heartbeat, call me now!"

Related Stories
Will you be judged by others for using a dating app? Here's what Asians think
Is online dating really just full of 'despos' and 'losers'? Here's the truth
Best and worst things that can happen from dating apps
Dating apps a hit in Singapore as singles look for romance
More About:
confession
singapore
dating
dating app