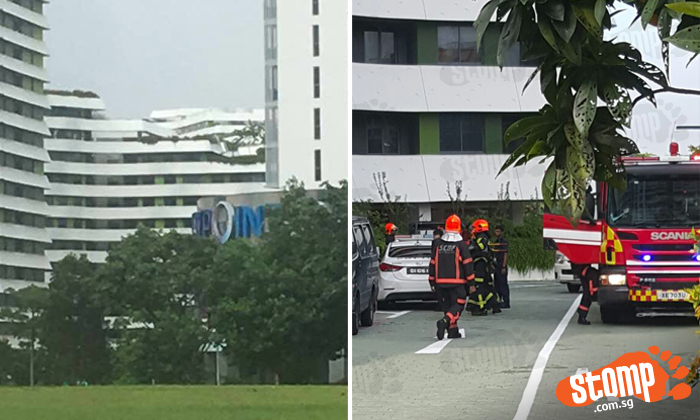 A photo that has been circulating online appears to show the roof of a Waterway Terraces building crumbling and in a collapsed state.

It is unclear whether the photo is of Waterway Terraces I or II in Punggol.

Stompers Joe, Ash, Alef and Danny had shared with Stomp the viral photo, which has since been found to be a hoax.

The Housing and Development Board (HDB) posted a new photo of Waterway Terraces on its Facebook page yesterday (Nov 11) and said, "Don’t be fooled by an online hoax".

In response to a Stomp query, the SCDF said it dispatched one fire engine and one Red Rhino to the location at around 3.30pm, following reports that were circulating on social media.

However, there were no signs of a collapsed structure.

Developer Tiong Seng Group also confirmed with The Straits Times that the photo is a hoax.