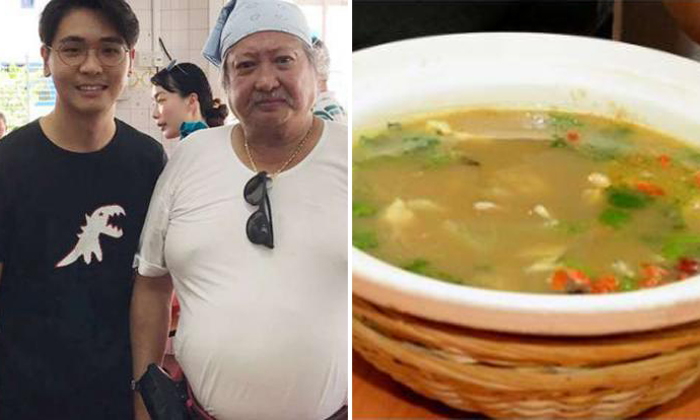 Having Hong Kong superstar Sammo Hung visit his Geylang restaurant on Friday (Feb 3) was a childhood dream come true, said the young boss who gave up his studies to take over the family business.

Speaking to The Straits Times on Tuesday (Feb 7) about Hung's visit, Mr Allan Tan, 26, said: "(Since I was) young I saw him on TV fighting with Jackie Chan, and to see him in person is really very overwhelming for me."

Hung is not the first star to visit Mr Tan's restaurant - other stars who previously ate there include Chinese actress Zhao Wei and Hong Kong actor, screenwriter and director Patrick Tse.

The veteran star was there with his family of seven including his actor son Timmy Hung.

Mr Tan was at home, in the shophouse upstairs, when his brother-in-law informed him that "Sammo Hung is downstairs".

Hung was "very humble", said Mr Tan, gladly agreeing to have photos taken with any customer who approached him for pictures.

Mr Tan took over the family business with his brother-in-law about three months ago, Shin Min reported on Tuesday.

The restaurant, which has been around for more than 70 years, has been in the family for three generations.

The turtle soup recipe is a secret revealed only to family members, and Mr Tan and his brother-in-law wake up at 3am to cook the soup.

Mr Tan, who is the only son, told The Straits Times that he had given up pursuing a degree in business and management, as he felt he would eventually take over the business, and wanted to help his brother-in-law.

His initial interests were design and architecture, but he eventually got an engineering diploma from Temasek Polytechnic.

He said that he had to drag himself to work in the first month of joining the business.

Asked about whether he could advise others to give up their studies to pursue F&B jobs like him, Mr Tan hesitated.

"If they have an interest and if they really believe that they can do well in this industry, they can start early," he said.

He added that pursuing a degree you do not like is not ideal either, as he has friends who wound up "stuck in 8 to 5 jobs", unable to do what they really like and wishing they had pursued their passions.

Seeing customers enjoy his food is what keeps him going.

"When I come down (to the store) and see the customers happily drinking soup, coming to tell me - whoa your soup is really good, better than other soup I have tasted - and seeing them bring their families and friends over, it really gives me the motivation to carry on," said Mr Tan.

He said he was especially touched when a friend of his told him that his yam rice was exactly how his mother cooked it.