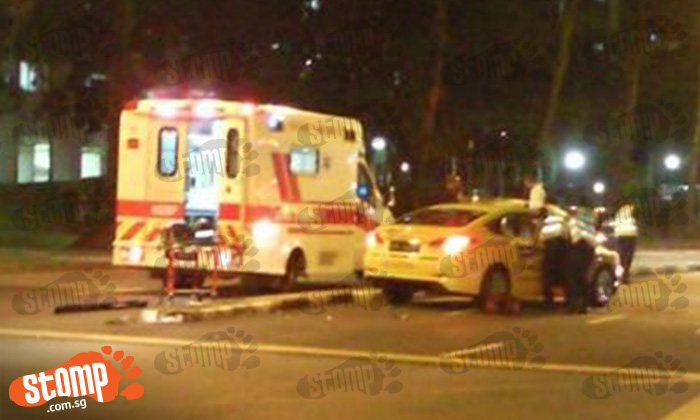 Stomper Alan was cycling back home near Block 329 Jurong East Avenue 1 at 11pm yesterday (Nov 6) when he saw a car that had crashed into the rear of a taxi.

"I heard a loud bang behind me, and when I turned around, the car had already rammed into the taxi."

According to Alan, an ambulance was just right around the corner.

"However, SCDF's assistance was not required. No one was conveyed to a hospital."

Indeed, it was one of those right place, right time nights.