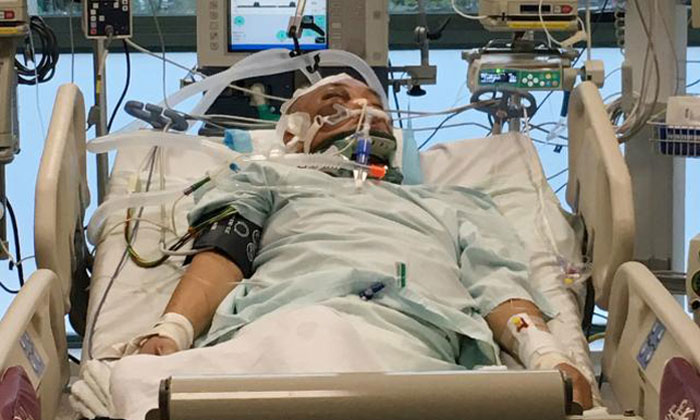 Retiree Lim Chwee Leong had just stepped onto an escalator at Bishan MRT station when he lost his footing, took a few steps back and fell.

The back of the 64-year-old's head hit continually against a step of the escalator as it moved up, before a passer-by pressed the emergency stop button. Mr Lim ended up at the top of the escalator.

These details of the incident, which left Mr Lim in a coma, have emerged from preliminary investigations by rail operator SMRT, Mr Lim's son Lim Ka Hock, 46, told The Straits Times yesterday.

He was told the details by SMRT on Sunday, after it viewed CCTV footage of the incident which took place at about 11.30am on Nov 12, near the station's Exit D.

The older Mr Lim remains in a coma in the intensive care unit of Tan Tock Seng Hospital, where he was taken after the incident.

When Mr Lim, a freelance contractor, retrieved his father's belongings from the hospital last week, he was shocked to find his father's shirt drenched in blood. "I didn't know that it was so serious and he had lost so much blood," he said.

The older Mr Lim, who has diabetes and high blood pressure, was unconscious when taken to the hospital. He was operated on immediately to remove a blood clot in his brain, and was later put on a ventilator. It is not known if there were witnesses to the incident.

As his condition has since stabilised and improved, doctors and family members had initially considered taking him off the ventilator.

"The doctors tried to do that at first, but my father couldn't breathe on his own. Instead, he will be going through an operation soon to put a breathing tube in his windpipe," said Mr Lim.

Doctors have told him it may be months before his father recovers. For now, he hopes his father's condition would progress well enough for him to be moved to a general ward.

The older Mr Lim lives in Bishan with his three children. It is not known why he was at Bishan MRT station.

MP for Bishan-Toa Payoh GRC Josephine Teo visited him on Sunday, said the younger Mr Lim, who intends to meet her again today to discuss social and financial support for his father.