Lamborghini driver with a heart! He forgives daredevil biker who jumped on his supercar 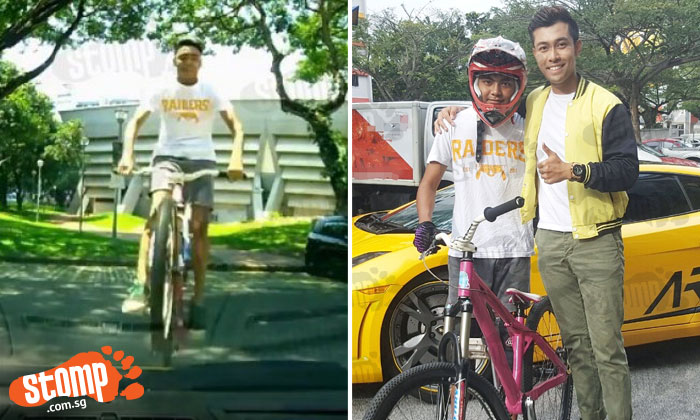 The owner of a Lamborghini that a kid used his bicycle to jump onto has resolved the matter with him after a clip showing the incident went viral.

Aaron contacted Stomp to tell us that he wants to inform the public that the matter is now closed.

After he posted the video of the boy performing a stunt on his parked car, Aaron said that the youth's mother managed to contact him through mutual friends.

"Singapore is so small," he said.

They arranged to meet up on Sunday (Oct 16) and talk things out.

"I did not claim anything from them, nor did I want an apology.

"I did not think it was right as the kid has a bright future ahead of him.

"I only wanted him to know about using the proper gear and going to the appropriate places to practice his bicycle stunts.

"We all make mistakes, so it's better for everyone to move on from this."

Related Stories
What's wrong with this kid? Look how he jumps onto parked car -- with his bicycle
How dangerous! Primary school kids climb on top of roof of Jurong West block's multipurpose hall to play
MMA-wannabe boys have the world's least epic showdown -- in school uniform
More About:
kid jumps on car with bicycle
Youths behaving badly