Primary 5 boy who fell to his death at Fernvale Link: Mum believes he killed himself over exam results while dad feels it was an accident 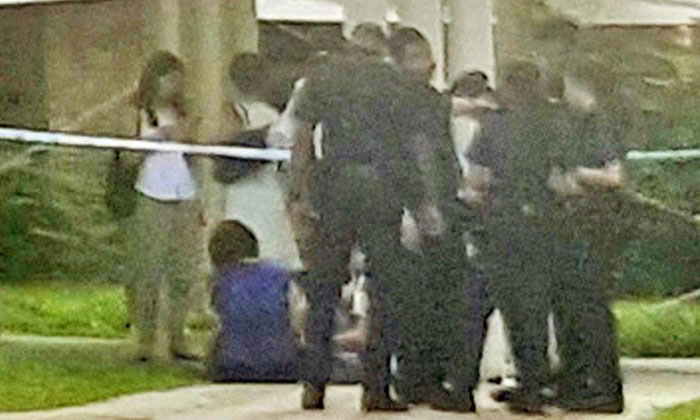 In his first four years in primary school, he had never fared poorly in any examination subject, usually averaging about 70 marks.

But in this year's mid-year exams, the Primary 5 pupil found out that he had failed two papers – mathematics and Higher Chinese.

On May 18, the boy was found dead at the foot of his Sengkang block, just nine days after his 11th birthday.

He was due to collect his exam results that day for his parents to acknowledge.

A coroner's inquiry into the boy's death yesterday was told that his 45-year-old mother thought he had killed himself over his exam results by jumping from his bedroom window in the 17th-storey flat.

But his father, a 47-year-old customer service engineer, felt his son had accidentally fallen to his death.

The identities of the boy, his family members and his school cannot be disclosed because of a gag order.

Yesterday, investigation officer Inspector Lynn Ong told State Coroner Marvin Bay that the boy's mother, a housewife, had expected him to score at least 70 marks per subject for his exams.

He had scored about 70 marks for every subject from Primary 1 to Primary 4.

If he did not meet her expectations, she would cane his palm lightly, Insp Ong said, adding: "She would hit him once for every mark short of 70 marks."

However, she would cane him only if his average score across all subjects was below 70 marks.

"Sometimes, she would look through his examination papers first, and if they were difficult, she would not hit him."

His mother also rewarded him when he did well, such as buying him a gift.

For the mid-year exam, he had asked for a kite, and she bought one for him on May 14, even before the results were out. He went out to fly the kite with his father the next day.

The school principal described the boy as an average performer who was generally able to cope with school.

The principal also said that pupils tend to see a dip in their exam results in Primary 5 because of changes in the exam format to prepare them for PSLE.

The boy found out his results before May 18, when the exam papers were returned to the pupils for checking.

The boy's Chinese and Higher Chinese teacher noticed that he was visibly upset after receiving the results for both subjects.

However, his science teacher saw him on May 17, a day before he was supposed to take his results home to show his parents, and he was cheerful and bubbly as usual, the court heard.

On May 18, his father noticed that he was taking a longer time than usual to get ready for school.

His mother tried to open the bedroom door, but it was locked.

She used a spare key to unlock it, and when they entered the room, he was nowhere to be seen.

The couple, who also have a 16-year-old daughter, looked out of the window and saw their son lying on a grass patch at the foot of their block.

His mother called the police at around 6.50am.

She called his school about 15 minutes later and told the principal what happened and said she needed help as her husband was distraught.

Insp Ong said that when the principal arrived at the scene, the mother was "very emotionally unstable".

"She heard her lamenting in Mandarin, saying 'I only asked for 70 marks, I don't expect you to get 80 marks,'" Insp Ong added.

A paramedic pronounced the boy dead at the scene at around 7am.

The police do not suspect any foul play.

The cause of death was found to be multiple injuries, consistent with those sustained after a person had fallen from height.

If you are in emotional distress, you can get help from:

Related Stories
Boy, 11, falls from 17th floor of Fernvale Link block before he was supposed to bring home exam paper
11-year-old Maris Stella pupil mysteriously dies on school bus
14-year-old boy found dead at foot of HDB block in Yishun -- on the same day after he was investigated for outrage of modesty
fall
death tent
death
student
Primary 5 students falls to his death after failing his exams