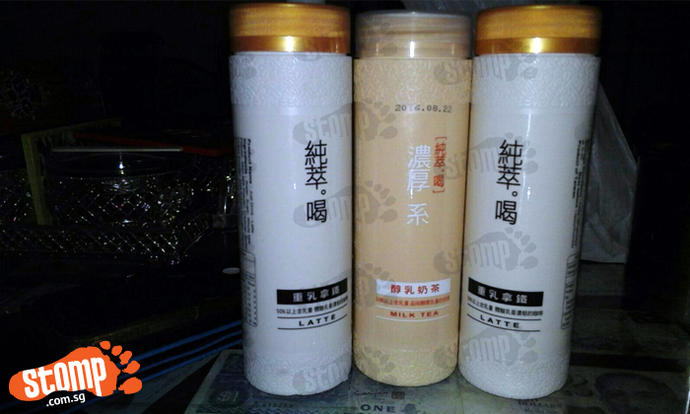 In a statement posted earlier today (Aug 23), AVA said that the beverage contains the ingredient L-theanine, which is currently not on the list of permitted food additive under the Food Regulations of Singapore.

"Do not be alarmed, L-theanine is an organic compound that is found in certain plants. There is no food safety risk associated with the recalled products.

"However, consumers who have consumed this product and have any health concerns can consult your doctor or seek medical advice."

A online search reveals that L-theanine can be found in green tea and is thought to have calming properties.

According to The Straits Times, AVA has banned L-theanine in food and beverages in Singapore.

It is recognised as safe by the United States Food and Drug Administration and is sold as a dietary supplement but Germany does not allow it in drinks. Japan, however, has approved the use of the acid in all foods including herb teas and soft drinks.

All 7-Eleven convenience stores were told to stop the sale of the milk tea drinks in Singapore on Monday (Aug 22).

Sources said that the decision came after the AVA ran food safety tests on the drinks following revelations that initial tests were incomplete.

The brand’s other flavour, latte, will however remain on the shelves and continue to be sold.

Chun Cui He beverages, which are originally from Taiwan, became Singapore's latest food fad after they started being sold here last month.

They are often snapped up quickly, with buyers saying that they had to either endure long queues or begin their search in wee hours of the morning.

A Facebook page was even set up so as to update fans about the drink, such was which specific 7-Eleven outlets still stock it.