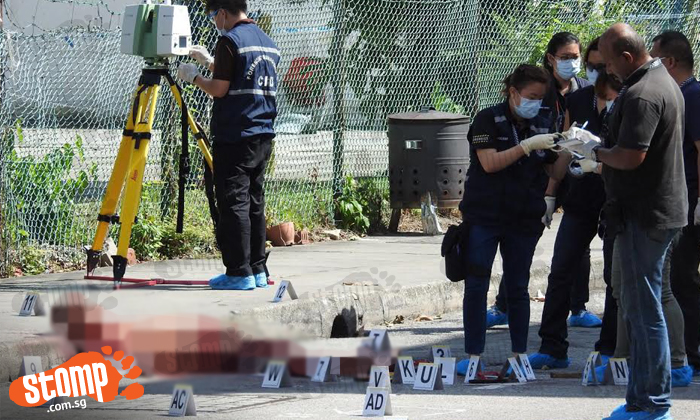 The Singapore Police Force (SPF) has classified the case of unnatural death at Geylang Lorong 23 as murder.

A Stomper had shared photos of the incident, showing the victim lying bloodied on the road on Saturday (July 9).

A 52-year-old man, former helper at the 'zi char' stall, was found dead near Victoria Food Court after allegedly getting into a dispute with someone.

A regular patron told the Stomp Team that although he did not work there anymore, he still visited frequently.

In an earlier statement, the police has previously classified the case as an unnatural death.

The Straits Times reported that in a statement on July 10, police was appealing for information on the whereabouts of 54-year-old Yeo Ai Leng to assist with investigations into the case, which has since been classified as murder.

Later in the evening, it confirmed that Yeo had been traced and was not a suspect.

The Sunday Times reported that the dead man had a deep cut from the left side of his ear to the top of his head, and a wooden stick was found nearby.