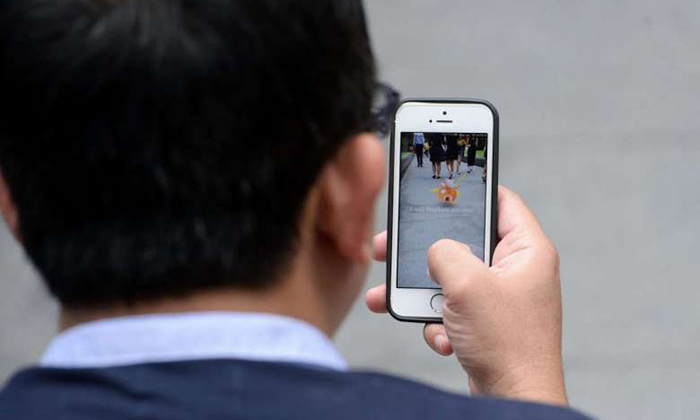 Chasing pocket monsters down hospital corridors is a "no-no" for staff at the National University Hospital (NUH).

At a meeting yesterday, staff were told not to play the popular Pokemon Go mobile game while on duty, in the first reported case of a public institution advising its staff not to play the game at the workplace.

One nurse, who declined to be named, told The Straits Times: "We are supposed to focus on and take care of our patients." Another nurse said this was to maintain professionalism and ensure safety, as some people have reportedly fallen down and hurt themselves while playing the game.

When contacted, an NUH spokesman said: "Staff have been reminded not to play the game, or any other game, while they are on duty, and to remain professional while caring for patients."

She added that the hospital also discourages members of the public from playing in areas that could affect the normal operations of the hospital or infringe on patients' privacy.

In response to queries, a Ministry of Health (MOH) spokesman said NUH's move was not part of any Pokemon "ban" by the ministry. Still, it said, hospital staff are expected to focus on their work.

"Patient care and safety are our hospitals' top priority," the spokesman said. "To ensure that attention to patients is not compromised, our public hospitals periodically advise their staff to refrain from engaging in non-work-related activities during working hours and within the institution's premises."

Since the launch of Pokemon Go in Singapore on Saturday last week, players of the game have gathered at parks and public housing estates to catch the game's virtual pocket monsters, which seemingly pop up in real locations.

Players are able to spot them through their smartphone cameras.

The game makes use of popular landmarks and points of interests to serve as "PokeStops", where players can obtain free items, or "Gyms", where players battle one another. These places can be located all over the island, such as at MRT stations, parks and even hospitals.

Ms Linda Teo, country manager at recruitment firm ManpowerGroup Singapore, said "it will not reflect well on the company if frontline employees are caught playing the game by customers".

Shipyard and factory workers operating heavy machinery could also jeopardise their safety if they are allowed to play the game, she added.

Related Stories
Hilarious Pokemon Go memes every trainer can definitely relate to
Like that also can? Look what this Pokemon trainer does to hatch eggs
Woman hunts for 'Ekans' Pokemon at Marsiling Drive -- and really finds a snake
More About:
Pokemon GO
pokemon
craze