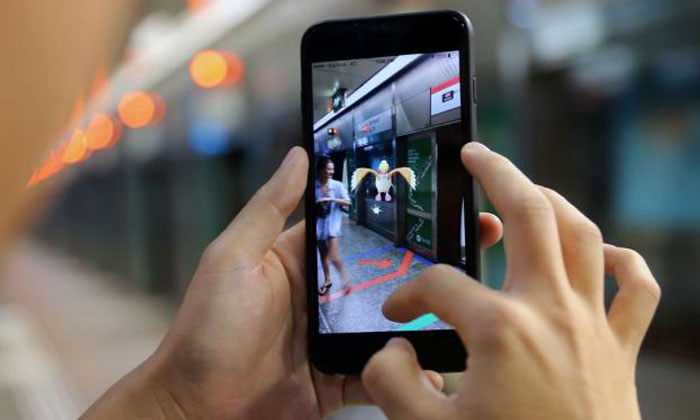 Tired of walking to the next Pokestop or Pokemon Go gym while playing the game?

Car rental firms, private drivers and even avid players are hoping to provide a solution for players of the popular mobile game which launched in Singapore on Saturday (Aug 6).

The current market rate for your own Pokemon Go chauffeur, according to checks by The Straits Times, is about $30 an hour.

Private car driver Mr Sng, who manages a network of drivers offering limousine services on the Facebook page Limo Sixty9, is charging that amount to help players "catch as many Pokemon as they want" in his multi-purpose vehicle.

While he has not received any requests for the service yet, Mr Sng said it was another way to market his services.

"I've seen the popularity of the game and people might have use for such a service later on if they want to cover more ground."

Pokemon Go community groups on Facebook are also abuzz with users offering to ferry their fellow players around.

A Facebook user who wanted to be known only as Ian put up a post in the "Pokemon Go Singapore - Team Instinct (Yellow)" group on Sunday morning, offering to drive his fellow players around Singapore for a fee of $30 an hour.

"I'm a Pokemon Go fan myself and since I have some free time during the weekend, I thought I'd ask if anybody was keen," Ian, who works in the construction industry, told The Straits Times.

"$30 an hour is not a lot if a group of friends get together to share the cost, and I need to cover petrol costs. If there's more interest and I have the time, I don't mind doing it on future weekends."

Full-time Grab driver Sean Yap said in a Facebook post he was charging $350 a day - excluding ERP and parking charges - to drive players around.

While his post garnered flak from people complaining that it was too expensive, Mr Yap, 26, explained that the amount was what he usually earns in a day.

He added: "Since everyone is so into the game, I might as well try my luck by offering this service. If people really engage my services, I'd still be earning the same."

Those who can prove that they have downloaded the game will receive a 10 per cent discount, said owner Ralph Koh. Car rental rates at Wagon Mate start from $48 a day for a Suzuki Swift.

"The weather in Singapore is quite hot and some people might not want to walk too much, so we thought of this promotion. But we also warn them that the person driving should not be using his mobile phone to play the game," said Mr Koh.

He added that Wagon Mate has received four enquiries from interested customers since the company put up a poster on its Facebook page on Saturday night.

Both the police and the Singapore Civil Defence Force had posted advisories on Saturday, reminding the public not to play the game while behind the wheel.

Advertising executive Josh Lim said while he might consider renting a car or driver to help him play the game in the future, it was still too early to do so now.

"With Pokemon Go only a day-old in Singapore, I suspect the novelty has yet to wear off and people will still want to experience chasing after Pokemon on foot," said the 27-year-old.

The hiring of personal drivers to hunt Pokemon is not new. It was reported in the United States in early July - shortly after the game's launch there - that enterprising drivers had also posted online ads offering their services.

Some services even came with additional perks such as free snacks, wifi and phone charging.