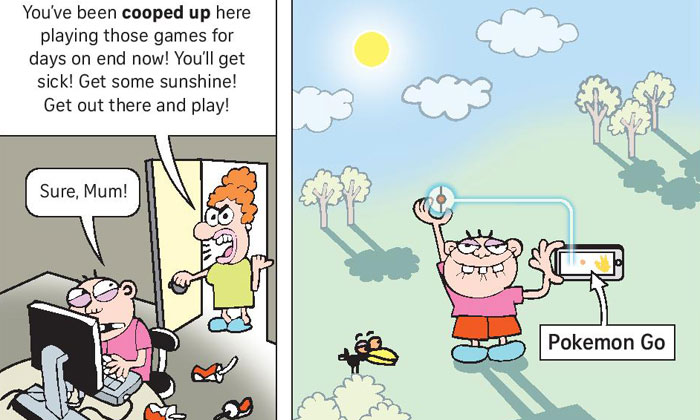 Pokemon Go has taken the internet by storm and Singaporeans are anxious to get the game to work here ahead of its official launch, despite privacy and safety concerns being raised in countries where the game is already out.

The game is still unavailable for download in Singapore through the official app stores of Apple and Android phones but plenty of Facebook pages and online forums have sprouted with tips and tricks on how to install and run the app.

The app was released in Australia, New Zealand and the United States last Wednesday (July 6).

According to The Straits Times, developer Niantic said on Monday (July 11) that it will roll out in Asia "in a few days" after ensuring the servers will be stable enough for a smooth launch.

However, some lucky fans were able to play the game last week when it was first released as Niantic had yet to lock server access in the region.

Android users can download the installation files from third-party websites to install the game on their phone although cybersecurity experts warn against doing so as unauthorised websites runs the risk of exposing them to malware.

"I've been a fan since young, so I'll play any new Pokemon game when it's out. There was also lots of hype and excitement from my friends in the US who were showing me screenshots of the Pokemon they had caught."

However, it was short-lived as Niantic began locking access to the servers for players here, which meant that Pokemon simply did not show up.

some die-hard players got around the region lock by installing apps on their phones that spoofed their GPS (global positioning system) coordinates so that they appeared to be from the US.

The appeal in the game lies in how it gives players a sense of being a real Pokemon trainer, going around the world capturing their Pokemon creatures.

Players have to physically visit locations, as tracked by their phone's GPS, to capture Pokemon.
They can also use their phone's cameras to see the Pokemon superimposed on the physical area in front of them.

The first Pokemon games were released in Japan in 1996 and sparked a lucrative franchise with cartoons, trading cards, merchandise and even themed cafes

Pokemon Go is the first official Pokemon game on the smartphone platform.

However, there are reports of robbers in the US waiting by Pokestops in secluded locations for unsuspecting players.

A man in Boston woke up to players outside his home with their phones pointed at it.

Check out the gallery above to see how people are having way too much fun with the game as compiled by Distractify.