PM Lee: Singapore has to be prepared that terrorists may breach its safety net 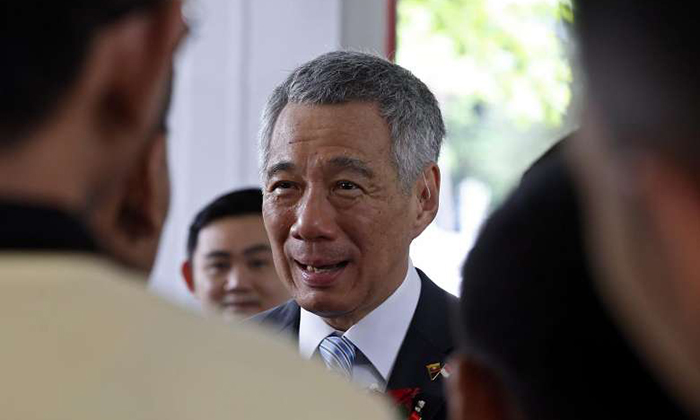 The spate of terror attacks around the world - most recently in Nice, France, which left 84 dead and many more injured - underscores the severity of the terror threat, Prime Minister Lee Hsien Loong said yesterday. And Singapore cannot assume it will be spared from an attack, he added. "We know that terrorists have the intention to attack Singapore. They have not succeeded so far, but one day they may breach our safety net and enter Singapore, so we need to be prepared."

Mr Lee was speaking to Singapore reporters on the last day of his first official visit to Mongolia, where he met the country's leaders and attended the 11th Asia-Europe Meeting (Asem) summit.

When asked about last Thursday's attack in Nice, in which a 31-year-old man ploughed a truck into a crowd celebrating Bastille Day, Mr Lee said the mode of attack was shocking but not surprising as terrorists have used vehicles to ram into crowds.

This is why it is important to combat the threat on multiple fronts - to stress the need to live in a peaceful society where people work with and trust one another, as well as to detect and do something about those who seem to be going the wrong way before they can cause harm, he said.

But recent attacks, including in Malaysia, Indonesia and the Philippines, mean Singapore also has to be prepared that "sooner or later, somebody will break through".

"We must know these things happen, they are bad, but we have to pick ourselves up and we must continue as one nation and life must carry on," Mr Lee said.

To this end, he added, Singapore has been working to deepen trust between different racial and religious groups, and the new SG Secure initiative seeks to rally Singaporeans to cope with an attack and stay united in its aftermath.

Such efforts began after the Sept 11, 2001, terror attacks on America, but are being renewed as the threat posed by the Islamic State in Iraq and Syria (ISIS) grows.

Mr Lee said: "The first time it happens, it will still be a shock, we must expect that. We just have to prepare as well as we can so that when it happens, we have the best chance of coming through and standing and not disintegrating."

He also spoke on terrorism at the Asem leaders' retreat yesterday, a day after 51 Asian and European countries issued a joint statement condemning the recent attacks.

Mr Lee, in his remarks to fellow leaders, called on them to "fight this threat together and co-operate more", and reiterated Singapore's support for international initiatives to combat terrorism.

The sharing of intelligence, he said, has helped Singapore, Malaysia and Indonesia to foil terror plots and arrest numerous terrorists.

Countries have to co-operate to cut funding for groups such as ISIS, counter their radical ideology, and secure borders so terrorists and foreign fighters cannot travel, he said. Beyond this, "we have to encourage our societies to hold together and not discriminate and marginalise any community".

Society should also not give up on those who have been radicalised, he said, and should instead help them see the error in their thinking and help them reintegrate into mainstream life.

"Then, slowly but surely, we will win the war on terrorism."