Playing Pokemon Go for 8 hours will use up 25MB of mobile data: Estimates 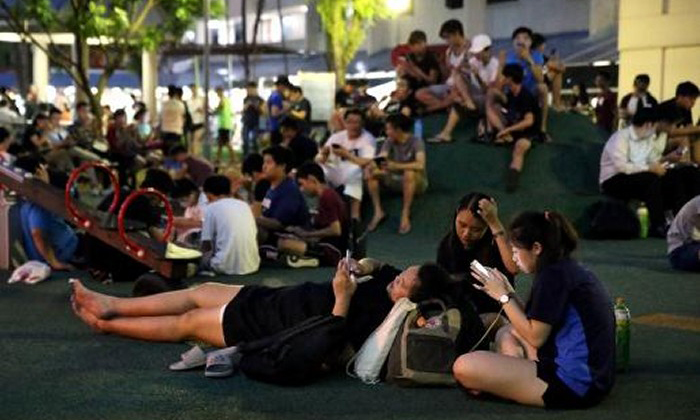 You may use up lots of PokeBalls trying to catch Pikachu, but apparently, not a lot of data.

Contrary to popular belief, Pokemon Go, the game which has taken Singapore by storm since its launch on Aug 6, is not a data hog.

While telcos are cashing in on the game by setting up "Lure Modules" - used to attract more Pokemon - near their shops in order to get people to visit them, they are under no illusion that Pokemon Go would have an impact on their bottom lines by increasing data usage by any significant degree.

"If you really look at it, it's not really a high data-generating app, because you're just sending small uploads," said Yuen Kuan Moon, Singtel chief executive for consumer business, on Thursday.

But he added that Singtel could benefit from people using its network to play the game because they would understand the "superior quality of the network".

According to some estimates, playing Pokemon Go for eight hours at a stretch would entail about 25 MB of data usage.

In comparison, according to Cisco, one hour of social network browsing could result in the usage of 90 MB of data.

A StarHub spokesman told BT that Pokemon Go "utilises about 20 MB for every hour of play".

He added that this calculation was based on the upper limit of data usage and actual usage could be much lower.

He added that users can track the amount of data used by the minute on their phones.

"Deploying lures is a fun way for us to show our hospitality. Trainers can rest their tired feet as well as use the available phone charging points at our shops. This weekend, we are placing lures at 10 StarHub Shops," the spokesman added.

Singtel has also released Lure Modules at PokeStops near 10 Singtel retail outlets across the island.

Many small Singapore businesses sense an opportunity to increase sales.

For example, a pastry shop in the Jalan Besar area, Ollella, has brought out a pastry package for Pokemon Go players.

The shop's owner, Marcella Tanuwijaya, told The Business Times that since her shop was very close to two PokeStops, players naturally congregate near the shop.

If they buy the pastry package, they get the shop's WiFi password and can sit in the shop and play the game.

PokeStops are places in Pokemon Go that allow players to collect items such as eggs and more Pokeballs to capture Pokemon.

Ms Tanuwijaya said that she launched the promotion on National Day and that there was a marked increase in footfalls to her shop.

However, she was not sure if it was because of the holiday or because of the package even though she noticed that more than 80 per cent of people in her shop were playing the game.

She hopes to run the promotion over the coming weekend to see if it works again.

Still, Ms Tanuwijaya said that the package is not a sustainable business model as interest in the game is bound to taper off.

But she hopes to use the short-term interest to increase awareness about her shop in the hope there will be return customers for her pastries.

A craft beer outlet in Chinatown has set up charging stations for players who run out of battery.

The shop is also near a few PokeStops.