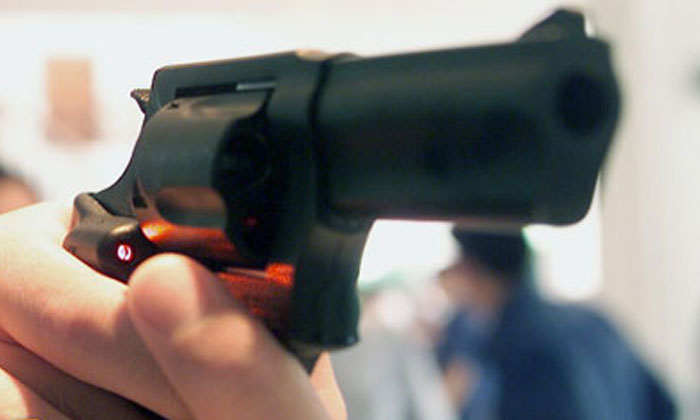 An aggressive crowd of up to 100 people in a Geylang back lane forced a plainclothes policeman on an anti-vice raid to draw his revolver for his safety, a court heard.

The sergeant pointed the revolver's laser at the crowd, but a 48-year-old man, who was undeterred, challenged the officer to shoot him instead.

On Tuesday (Dec 27), a 22-year-old man who was part of the unruly crowd, Ng Bing Hui, was jailed for 10 weeks after he pleaded guilty to being part of an unlawful assembly.

A district court heard that at about 9.45pm on July 24, 2015, five plainclothes officers from Geylang Neighbourhood Police Centre, who were on anti-vice duties, saw an 18-year-old promoting a game of "si gor luck" at a makeshift gaming table in the back lane between Lorong 14 and Lorong 16 Geylang.

Suspecting that the teenager, Harold Ho Kuo Lung, was promoting illegal gambling, they had to use force to handcuff him, as he resisted arrest and tried to flee.

While the officers were doing so, a crowd of about 80 to 100 people gathered. They became agitated, and shouted at the policemen to release the teenager.

The crowd then moved towards the officers, ignoring their repeated instructions to move back.

In order to maintain a safe distance from the crowd, the officers moved Harold Ho and stood behind the makeshift gaming table.

But the crowd surrounded them and continued behaving in a threatening manner.

Ng moved towards the front of the crowd. He shouted vulgarities while pointing his finger at the policemen and violently gestured at them.

While he was making his gestures, his hand came into contact with the gambling table, resulting in it flipping over.

Kee took up the metal table stand and waved it at the policemen in a threatening manner.

The officers continued retreating until they were backed up against a wall. But the crowd still continued moving towards them, even though several uniformed policemen had arrived and were trying to disperse the crowd.

Fearing for their safety, the sergeant drew his revolver and pointed it at the crowd. His finger was not on the trigger.

This prompted the people to step back, but Ho Hock Hui stepped forward and walked towards the sergeant. He shouted vulgarities and challenged the policeman to shoot him. The officer then put his revolver back in its holster.

Shortly after, more policemen arrived and dispersed the crowd. The incident was partially captured on closed-circuit television cameras. Ng, Kee and Ho Hock Hui were arrested in the area on the same night.

Four out of five of the plainclothes officers on the anti-vice raid had injuries from the confrontation with the crowd.

The sergeant who drew his revolver had upper back aches and minor scratches over his left waist. He was given one day of medical leave.

Another sergeant, 25, had a large bruise over his left upper back and was given two days of medical leave.

Deputy Public Prosecutors Dwayne Lum and Stephanie Koh asked for three to four months' jail for Ng. "In the present case, the net effect of the entire unruly mob served to intimidate and threaten the lives and safety of the police officers carrying out their duties that night. The officers were crowded, pushed back, cornered and even injured in the course of being surrounded by the crowd that night."

The individual actions of Ng, Kee and Ho Hock Hui served only to further incite and encourage other acts of aggression towards the officer by the rest of the crowd, the prosecutors said.

They added: "Whilst there is no evidence that Ng, Kee or Ho Hock Hui had hurt the officers themselves, it bears noting that three officers did indeed sustain injuries... Their overt aggression towards the officers had the effect of inciting the crowd to then cause hurt to these officers and to deter them from carrying out their duties. The net effect of their actions led to the crowd causing hurt to the officers."

Ng's pro-bono lawyer Cheryl Ng asked for one month in jail for Ng, who works as a deliveryman and was exempted from National Service due to having a low IQ.

He had seen his friend Harold Ho being pinned down and handcuffed lying face down on the ground, she said.

Added the lawyer: "Ng then perceived that Harold Ho was being treated roughly while he was being arrested... He then asked a policeman a question and was told by the policeman that it was none of his business. He then became agitated and (admitted to) shouting at the policeman. He was also gesticulating with his arms. While doing so, his arm hit the edge of the gaming table which flipped."

Related Stories
Caught on CCTV: Eateries broken into in VivoCity by pair who "looked like a young couple"
Lovebirds in Malaysia were supposed to tie the knot, but are being put behind bars instead
crime
court
gun
Geylang
police
jail